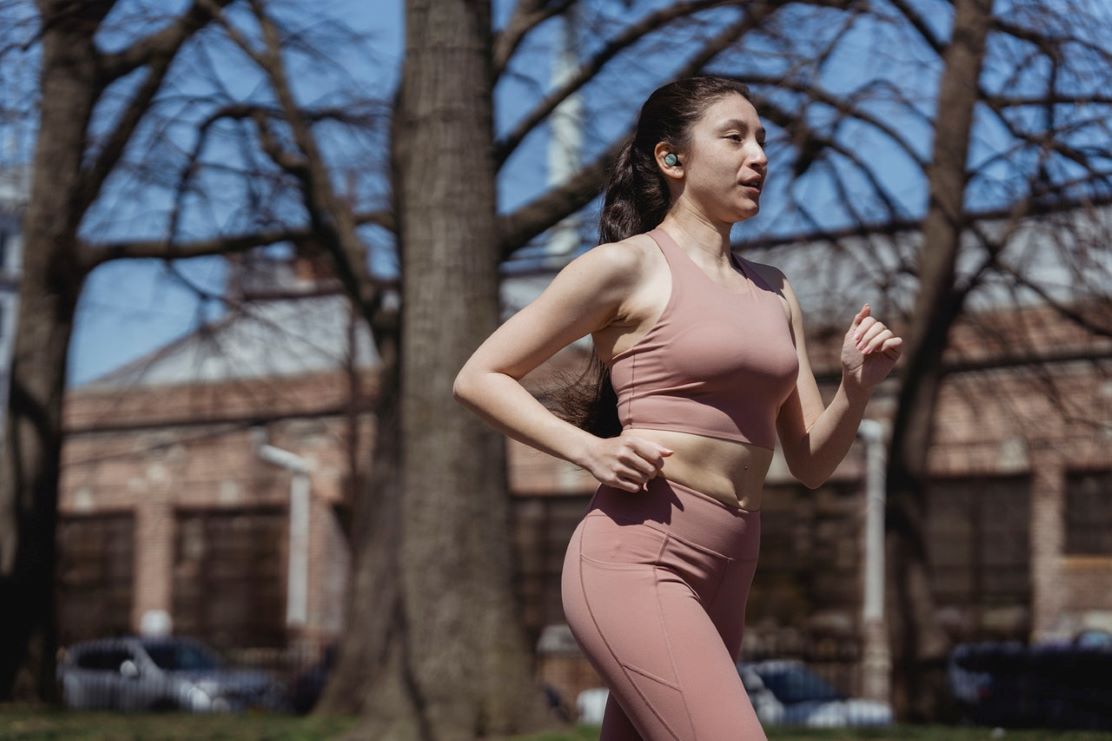 Becca Sitzes is a freelance writer and small business owner…

What To Do During The Moon Phases: Magic Moon Rituals

The late afternoon sun is already casting shadows on the path, a fact that doesn’t escape my attention as I concentrate on the cadence of my steps and where to safely place my foot among the roots and rocks. I know by the time I return to my lonely car—the only one in the parking lot—it will be dusk.

I come here to run or hike the network of trails at the Broad River Greenway when I need an escape from the rush and pressures of life. It is a peaceful retreat and only a 15-minute drive from my home. In the winter, the miles of leaf-strewn paths are quiet and empty. So empty that I frequently stir up whitetail deer who bound across the trail and back into the depths of the woods or startle a turtle sunning near the bank of the river.

It’s my time to decompress. It is also, in some sense, an act of defiance, a raised fist, and bold stare in the face of violence against women. I resist the idea that I need to exist in a world that frequently demands I stay safe and stay small, denying myself freedom because of the threat of harm that could befall me in the course of doing things I love.

I won’t allow myself to give in to fear, and I won’t let the onus of being safe fall on my shoulders.

Still, I remain aware of the potential price, a price too many women have paid. To keep their memory alive, I recite their names sometimes.

Each of these women went out for a run and never returned home. Some of them were attacked in broad daylight, in well-populated areas. Recently, I read a news article detailing their murders, and it recommended women don’t go out alone. It’s a common admonition I hear all the time from well-meaning friends or family. Don’t go there. Don’t do that. Be careful, be careful, be careful.

I appreciate the sentiment and don’t advise reckless behavior. But I’m frustrated by the prevalent notion that we need to stop taking up space in the world the way we want to out of fear of what might happen. We need to teach men not to harm and empower women to protect themselves and be alert instead of insisting they stop being free.

We Need To Talk About Skinny Shaming

Life is meant to be fully experienced, which often comes with risks. Women deserve to take those risks without being told they shouldn’t or subtly shamed for doing so. We have a fount of pioneers ahead of us, and I find fresh resolve in the courage of fellow women.

In 2011, Kate Harris, a Canadian, cycled the length of the Silk Road with her best friend, Mel. She was driven by a hunger for the wider world and captivated by the romance of the historic superhighway. The two women traveled thousands of miles by bike, camping along the way. Later, Kate wrote a stunning book about the trip called Lands of Lost Borders, which I devoured.

In The Last American Man by Elizabeth Gilbert, the indomitable adventurer, Eustace Conway, was taught many valuable skills by his spirited mother, who was a capable woodsman and an intrepid soul who, for a time in her youth, lived in a tent by an Alaskan river with her gun and her dog.

When Elise Wortley was 28, she left her home in London to retrace the steps of the bold 1911 female explorer, Alexandra David-Neel. She read all David-Neel’s books, retraced her route, and made a map. She also completed the journey only using the equipment available to David-Neel in the 1920s to experience what she had experienced. The goal was to revive interest in women explorers who have been largely overlooked.

Closer to home, I’ve been inspired by a local woman who hiked the length of the Appalachian Trail on her own.

I don’t consider myself anywhere near their level of courage and adventurousness, but I draw strength from their example. Women have incredibly resilient spirits that won’t be crushed.

Someday, I’ll embark on my own epic journeys, some of which are in the works, and in the meantime, I’ll continue to fight the idea that I need to play it safe, one solo run at a time.

I Climbed A Mountain And Cried At The Bottom

The Dark Is Supposed To Be Ours

When Will It Be Safe For Women To Walk Alone?

Learning To Make The Grass You’re Standing On The Greenest

Here’s What Death Anxiety Has Taught Me About Fear