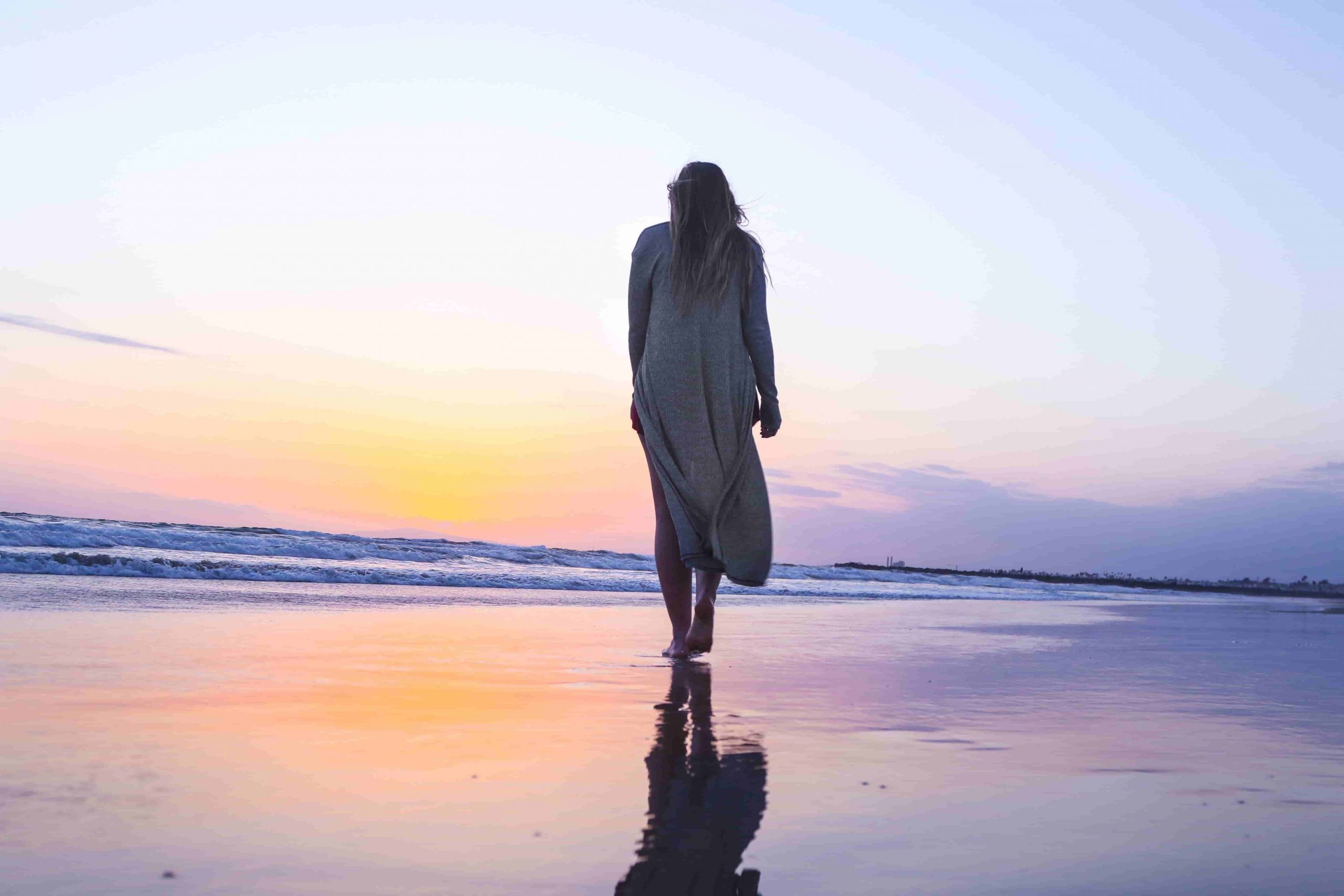 Three years ago, I was travelling for two months around Sri Lanka with my partner Sam.

We had treated ourselves to a three-night stay in a nice hotel on the beach in Kalutara, on the West coast of the island.

This trip made me realise how difficult travelling can be. Being in close proximity with the same person – or people – can really test your relationship.

Sam and I weren’t even living together at the time, and had been dating for less than a year. So we learned a lot about each other, and our relationship, on that journey.

We’d had a silly argument over something I can’t even remember now. And I was creating some space and silence for myself by taking a walk on the beach alone.

As I set off, there were plenty of other hotel guests and tourists all around me. Sunbathing, dipping into the sea, and helping their kids make castles in the sand.

I followed the length of the ocean. And as I walked further on, and our hotel disappeared out of sight, the numbers of people began to thin out.

The beach became quieter, and I would only see the odd person or couple every few hundred metres.

I had expected it to be busier than it was. It was around 4PM, and the sun was toasty but not too hot that it’s unbearable. And a beautiful sunset was only a few hours away.

As I began to see fewer people, my natural instincts turned to fear. Everything I’ve ever been taught and learned as a woman was echoing through my mind.

I shouldn’t be walking alone. Especially in a place I don’t know. What if something happens to me? What if I scream and no one hears me?

But I wanted to carry on walking. I didn’t want to go back to the hotel yet. And I wanted to be able to enjoy a peaceful walk on the beach on my own, without being in a constant state of fear of being raped or murdered.

It wasn’t long after that a local man appeared from nowhere, and started walking by my side.

It’s hard to say what age he was, because Sri Lankan people tend to look younger than they are. But if I had to guess, I’d say he was somewhere in his twenties.

He asked me my name, and where I was from.

Even though I wanted to be alone, I also didn’t want to be rude. He might have just been lonely, or wanting to practice his English.

So like a lot of women do, I made excuses for his behaviour. And I ignored my own wants and needs to accommodate his.

I can’t remember much of the early conversation we had. I gave him short and quick replies, that didn’t create more questions. But he kept them coming. And he was still walking next to me as I continued to walk further down the beach.

At this point, I couldn’t see anyone else around. And I didn’t want this conversation to continue. His presence so close next to me was not only making me uncomfortable, but also infuriated.

So I asked him to leave. I told him I wanted to walk alone.

But he ignored my polite request, and continued to follow me.

I stopped and asked him again to go away, and he said no.

I carried on walking, and once again, he stayed by my side, but in silence this time.

Now, I was furious. My entire body was filling with rage.

Why did he think he was entitled to the company of a woman?

Why did he think it was acceptable to openly stalk a tourist on the beach?

Would he be doing this to a man?

And in his mind, that changes things. That makes him entitled. To my company, my conversation, and my body.

I couldn’t contain my rage, and it began spilling out of me. I shouted at him.

What the hell do you think you’re doing?

And still, he would not leave.

He began to mimic what I was saying. Repeating it back to me like a parrot who didn’t understand.

There was still no one else in sight, and I was walking further and further away from safety. So I did the only thing I could do.

I didn’t want to. But I was left with no alternative. I could either let this guy continue to stalk and harass me, or I could retreat back to safety. So that’s what I did.

I forced my legs to move faster now. The sooner I could see other people, the better.

Women: You Have A Right To Your Anger

And as I got about halfway there, and people started to come into sight again, he stopped and disappeared off inland. Just like a coward would.

But there was nothing to celebrate.

I’d regained my freedom on that beach for a few minutes, but I knew that as a woman, I didn’t have freedom. Not really. Not in the world we live in today.

Women have experiences like mine every day. Far worse ones. And they’re forced to accept it as part of life. The police say they can’t do anything about it.

Instead, we’re taught as women how to prevent landing ourselves in these situations. The responsibility is placed firmly on us.

Don’t dress like that. You’ll draw attention to yourself.

Don’t drink too much. Who knows what will happen.

That’s what they tell us.

And if we ignore them, and anything happens, the blame is placed on us.

I haven’t walked alone on a beach since that experience three years ago.

But I know that won’t keep me safe forever.

Every day, there are countless moments where I am at risk. Simply because I am a woman, living in a world where we are not respected, or protected.

A man followed me, and I wouldn’t stop when I asked him to.

The disturbing thing is, he didn’t know. He thought what he was doing was okay. Somewhere along the way he had been taught, or learned, that it was okay to stalk women.

But it is not okay.