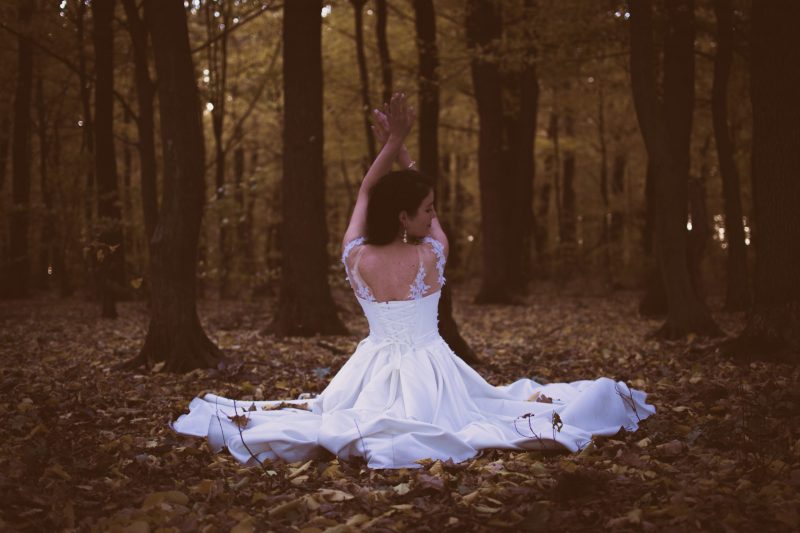 Toxic femininity is another term for the shadow side of the Divine Feminine.

The fully actualised Divine Feminine energy is intuitive, nurturing, receptive, authentic, compassionate, and creative. But in her shadow, away from the light, she plays the victim; she’s insecure, manipulative, passive, and co-dependent.

This is toxic femininity. Her energy meets the toxic masculine; his aggression, his desire to dominate and control, and his abusive, ruthless nature.

The shadows have become more prominent than the light, over the past thousands of years. She has forgotten her power and has been hiding away; and so He has started running the show, and has gotten wildly out of control.

And it is both men and women who (often unknowingly) continue to uphold and fuel these shadow sides, keeping themselves from the light—their true nature.

Toxic femininity is what most of us have come to know as femininity, or traditional femininity. And it’s based on the patriarch’s belief of what a woman should look like, how she should behave, and what she should and should not do.

And it all comes down to her being subservient to him.

A woman should be nice and polite and softly spoken. Meek and small; definitely smaller than him. Her body should fit the current definition of beauty, whether slim or curvy, but only in the right places of course. Body hair should be removed, and her hair and make-up should be perfectly “done.”

And because these definitions of femininity are ever-changing, they become that much harder to live up to; leaving women scrambling to be accepted no matter what they do.

She should be in a relationship, preferably married, and have children. She should be able to cook and clean and look after a house. And she should never demand or defend, only submit.

These have become the parameters for how we determine whether a woman is “good” or “bad.”

In his eyes, a woman is no more than a possession; either belonging to her father or her husband. We continue to reinforce this idea when our partner asks our father for permission to marry us; when our father “gives us away” on our wedding day; and when we change our last name to his, indicating a transfer of ownership.

The witch hunts were one of the most notable driving forces of patriarchal (toxic) femininity. Torture and execution were used to instil fear into all women; to disconnect us from our inner power, and resign us to submit.

This idea of femininity, which is actually toxic femininity, has become so ingrained in our minds from millenniums of social conditioning, that so many of us now believe this is what femininity truly is.

Women are fed up and drained by it, while men continue to push it away; because they’ve learned that all things feminine and women are weak and inferior. But they don’t know the power of the Divine Feminine in her light. Similarly, so many women are unaware of this power that is accessible to them right now.

Toxic femininity has become a way for many people to blame women for their own oppression. That their actions have caused men to abuse and control them. But this is once again being fed by patriarchal conditioning; the toxic masculine explanation for why he is unable to control himself and his actions.

The reality is, all of us on earth today—men and women—have been born into a sexist, misogynistic world; and we are no more than products of our environment. An environment that has given both women and men rigid gender roles to fit into and follow. Roles that keep us small, insecure and un-evolved.

Toxic femininity is not the same thing as simple “sexism,” but sexism and toxic femininity are certainly partners in crime. Sexism says that a woman is too frail or docile to play a contact sport; toxic femininity says that you don’t want to play football anyway, sweetie, you would look horrible and sweaty in the helmet and pads. Sexism is focused on robbing women of status and rights; toxic femininity is about defining womanhood so shallowly that a woman feels de-gendered by basic human acts or neutral preferences. Both factors lead to women being compressed into impossibly tight, uncomfortable shapes.

Toxic femininity teaches women if they obey the unwritten rules; if they are submissive, passive, and undemanding, then they will be safe. They will be left alone by abusive, controlling men.

We all know what happens when a women chooses not to conform to this narrow role of femininity created for her. She gets criticised, shamed, ostracised, and in some parts of the world, punished.

She may also start being plagued with feelings of guilt and unworthiness, for failing to be a “perfect” woman.

What Is The Divine Feminine & How To Awaken Her Power Within

This shows up in the poor relationship we have with our bodies, and subsequently with food. The way we judge other women’s choices, as well as our own; for dressing a certain way, for being ambitious, for having desires and enjoying casual sex, and for being unmarried or for choosing not to have children.

We are labelled with the words ugly, bitch, and slut.

So most people choose to play by the rules, and conform.

But this doesn’t serve us. It doesn’t serve women, and it doesn’t serve men either. Because when we design and live a life based on someone else’s expectations of us, we detach ourselves from our power. We limit our growth. And we feel rigid and bound in a life that we didn’t truly choose.

This is the real threat of toxic femininity and toxic masculinity.

Reflect on the “choices” you have made in your own life, and the values you hold today.

Were they your choices, or were they pre-determined for you? Were you simply following a path that was already laid out for you, like a trail of candy luring a child to danger?

And how about today.

What does femininity and womanhood mean to you? What do you derive your self-worth from? And how are you showing up in the world?