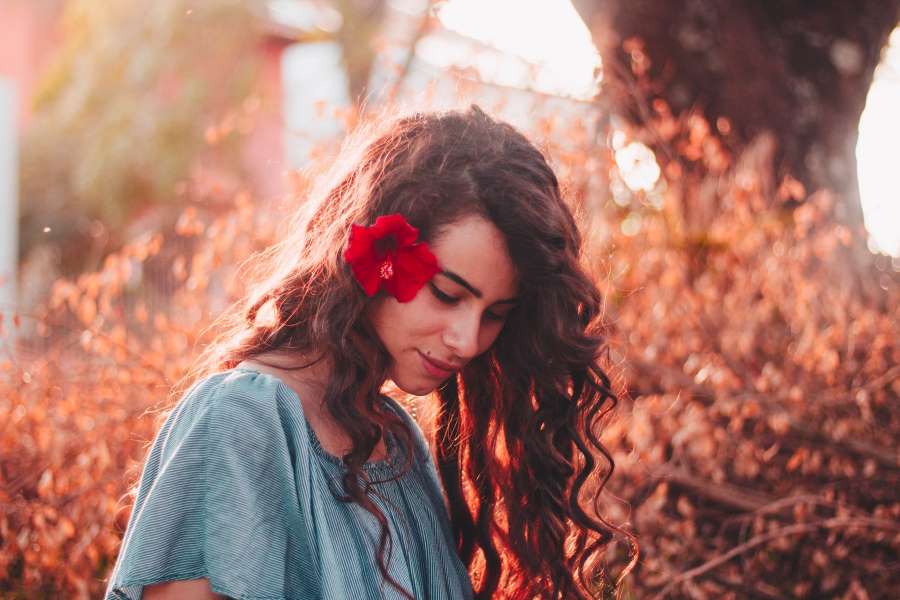 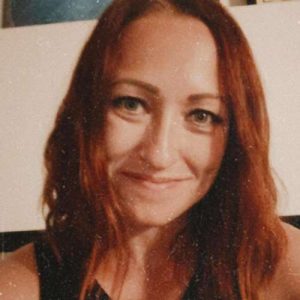 Amy Horton is a writer, yoga instructor, and adventure lover…

This Is What It Feels Like To Never Be Enough

I quit birth control, and after almost five months now without taking it, I feel like a different human.

In fact, I’ve felt that way since my very first period off the Pill.

I began taking oral contraceptives when I became sexually active as a freshman in college and never looked back. It felt like insurance, a way to control what happened to my body without compromising my ability to enjoy my sexual freedom.

I had a long-term boyfriend who I loved dearly and I assumed, as most of us do when we are young, that we would be together forever. It seemed silly and unromantic to have to use condoms with my one and only. I always declared proudly that I didn’t like them, either, and I could feel the difference too.

The pattern repeated itself with every boyfriend thereafter. I took the Pill with regimented focus, even when I was single, sure that soon enough I’d have a sexual partner again.

Eventually I’d meet someone I liked, decide he was my new forever person, and present myself as so incredibly accommodating and sexually liberated that he would never have to worry about taking responsibility for wearing protection. I was determined to be the Cool Girlfriend, even if it meant sacrificing my own well-being.

It took me a long time to recognize that my deep lack of self-worth was the actual driving force behind this narrative.

I was particular about choosing sexual partners, and I never had one-night stands, but once I decided I liked someone, I wanted to get down to business as soon as possible.

Originally I attributed my impatience to the long dry spells I experienced between my relationships, but eventually realized that somewhere deep down inside I believed that I couldn’t keep a man’s interest unless I was sexually available to him early on. Never mind that a man who wasn’t interested in me if I didn’t sleep with him on the third date wasn’t worth my damn time!

Throughout it all, I stayed on the Pill, only switching types a few times until I found one that seemed to work for my body.

By the time I quit taking it, I had been on it for eighteen years without a single break.

Sometimes I feel sad and ashamed that I thought so little of myself, that I threw my sexual health into the hands of men who in hindsight absolutely did not deserve that trust.

I try to be gentle with my younger self for her discomfort around the tough conversations and her belief that she was not worthy enough to ask a man to disclose his sexual history and wear protection if he were so lucky as to be with her.

I weep for that girl, and I weep for the fact that she still existed up until a few months ago.

During that entire time, it never occurred to me to question if my contraceptives affected me adversely hormonally and emotionally. I experienced a good deal of childhood trauma, and the chaos continued well into my high school years. By the time I went to college, I assumed I would always feel depressed, anxious and emotionally unstable. That was just how things were. My father did not believe in the power of therapy or medication, so neither did I.

When my depression, mood swings, and suicidal tendencies gradually worsened as I aged, I chalked it up to bad PMS. Since I had no baseline to measure against, I assumed that all women felt as much despair and hopelessness as I did right before my period came. In the days prior, I steeled myself to deal with the inevitable: an onset of depression so cavernous that I almost always felt suicidal.

This continued for years. I got through each bout of PMS alive only through sheer willpower. I will admit that during the more difficult periods of time in my life, I very nearly did not make it. The situationally induced grief and anxiety coupled with the crippling depression of my PMS resulted in a near-lethal combination.

I was so caught up in the web of my emotional rollercoaster that I paid only vague attention to the fact that my suicidal tendencies almost always lined up with my PMS.

When I was out of work for five months, for the first time in my life I had enough mental space to focus on the healing I so desperately needed. Most of all, I finally noticed that my pattern of mood swings seemed to coincide with my hormonal cycle.

I still didn’t connect my oral contraceptives to any of it. I’d been on them so long that I didn’t realize they could be affecting me so drastically. I read up on PMDD—pre-menstrual dysmorphic disorder—and self-diagnosed myself with it. Basically, PMDD is like PMS on steroids, and often brings up suicidal tendencies in sufferers.

After some discussion, my therapist decided I was on to something and recommended that I see a gynecologist to discuss the possibility.

Something else happened before I made it to that appointment. I quit the Pill, for once and for all.

How To Relax At The End Of The Day, And Nourish Your Mind, Body & Soul

I wasn’t in a relationship anymore, and had no intention of finding one in the near future. Dating and sex were the last thing on my mind. More importantly, I’d decided that I was done bearing all the responsibility. The next time a man wanted to be with me, I would make sure he understood and respected my worth. If he didn’t, then he didn’t deserve to be in my life.

I didn’t quit with the idea that it might improve my emotional and mental stability, but I was in for a pleasant surprise.

For about four months prior to this decision, I used an app on my phone to track my mental state throughout my cycle. That led to my keen understanding of the extreme mood swings happening during the PMS stage, and my ability to better ride them out, knowing that once I got past those few days I’d improve. It also led to me noticing what happened when I quit taking my contraceptives. I kept using the app so I’d have an idea of where I was in my cycle, and as I tracked my mood each day, I realized something beautiful—I no longer felt like a crazy person. My feelings did not swing wildly from one end of the spectrum to the other without cause, and most importantly, when I was PMSing, I was only mildly, normally, emotional.

After the first month I thought, wow, okay. Well, let’s see how it goes. Now, several months later, I’ve had the same experience during each. If I feel an emotion, I can let it go easily. I am not stuck or mired in depression and anxiety with no respite. I’m more level, calm and rational throughout my day, every day. The worst thing that happens to me before my period is that I feel bloated and mildly sad.

Nothing else in my daily routine has changed much. All I did to effect this miraculous change in my life was quit taking my birth control.

I still have some struggles with anxiety and depression, but I can manage them handily now, without any medication. I certainly don’t have to negotiate with myself to keep from taking a bucketful of sedatives and ending it all every month. It angers me now to know that enacting this simple change could’ve kept me from experiencing all this misery over the past several years.

I am grateful for what I know now, and that’s inspired me to share my story. I’m sure there are others like me out there, who feel desperate and alone.

I’m not saying that all mental health issues are caused by dependence on birth control or some other pill – far from it. Mental health is a complicated and ever-evolving subject, and I doubt we will ever be quite done exploring its intricacies.

I am saying that if you, like me, experience these same problems, and are also a long-time devotee to the Pill, perhaps it’s worth taking a look at how it could be affecting your own hormonal health. Even if that simply means adjusting your dosage, changing the type of oral contraceptive you take, or switching to another birth control method, it’s worth it to try.

My life is drastically changed for the better. If this article reaches just one other person who needs to hear what I have to share, it will be worth it.

Disclaimer: I am not a medical expert. I do not have any medical evidence proving that birth control caused me to have mood swings and suicidal ideation. The following is my opinion based on what I have felt in my own body and mind.