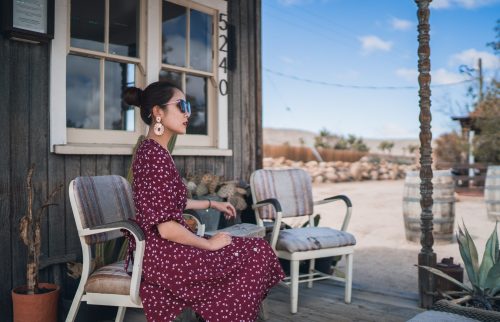 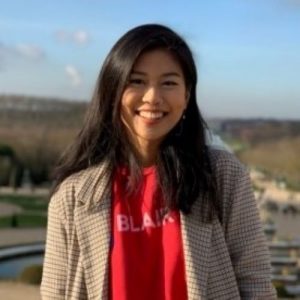 Good Morning, Thank You, I Love You

When I was 16 years old, I fell in love for the very first time.

Most of us know what it’s like to gain your very own pair of rose-coloured glasses for the first time; to proudly call someone your “boyfriend” or “girlfriend” in front of your friends, and to even fantasise about what it would be like to grow old with them one day.

I definitely believed that I had found “the one” with my very first relationship. And some of us are lucky enough to find that person they want to spend the rest of their life with as early as high school, or college even.

But for a large majority of us, that doesn’t happen. Relationships cease to exist for whatever reason, tears and heartbreak ensue; and people who were once committed to each other wander off in their separate ways.

Most get off with a relatively healthy break-up after an equally healthy, stable relationship. But for a select minority of us, there are those whose relationships end in complete disaster when it becomes toxic.

My first love and high school sweetheart turned out to be just that.

When you’re entering a relationship for the first time with no previous experience, anything is possible. And this is especially true for teenagers whose minds are still developing, and where hormones are running rampant.

I was led to believe that true love, or a healthy relationship, was all about doing anything and everything to make your partner happy and to keep the relationship going, no matter the cost. So I did things that I thought would make my boyfriend feel loved and cared for.

I stayed up late at night to talk to him; it didn’t help that our relationship started with him jetting off to boarding school thousands of miles away, meaning there was also a time difference to account for. I also paid for dinner sometimes when we went out, and accumulated a very large phone bill that my parents had to pay after making a few overseas calls. If risking the wrath of your parents just to hear their voice isn’t love, I don’t know what is.

For the first six months of our relationship, everything was perfect, bar the distance. But then we hit the six-month milestone. It was like we had reached the top of a rollercoaster and were about to plunge down into a abyss we could never get out of. And it wasn’t long before things quickly soured between us.

He ended up being manipulative during our arguments whenever he was called out for being callous with his words; twisting the story around and pinning the blame on me for being too sensitive. He was also controlling about certain guys in my life that I thought of as no more than friends.

I had also been recovering from a pre-existing eating disorder and struggling with the loss of my unhealthy coping mechanism. What should’ve been a loving boyfriend supporting me through my raw insecurity and vulnerability, was actually someone who worsened my already fragile mental state.

We had already broken up twice before he decided to call it quits one last time.

Unsurprisingly, I was completely, utterly, and devastatingly heartbroken. Everyone is when they’re going through a break-up. Taylor Swift was what consoled me at the time, both the sad and vindictive songs, as well as a lot of crying and sleeping. You would think that, by the third time, I’d have gotten used to it by now. But knowing that his decision was final and irreversible, was completely different.

Sadly, I had not only lost “the love of my life,” but I lost myself. I put so much of myself into my relationship; into making my boyfriend happy even at the detriment of my own happiness. By the time he left, he had taken pretty much all of my old self with him.

I stopped going to school for a while, stopped hanging out with my friends, and retreated into my bed.

See, I believed that relationships should keep going as long as you love each other, even if your friends gently point out that it’s become toxic. And my 16 year old self had no idea at the time that there was such a thing as irreconcilable differences, unhealthy co-dependent behaviours, or what the term “gaslighting” even meant.

It wasn’t until after months of therapy talking it through, and doing a lot of thinking on my own, that it dawned on me that love isn’t the most important thing in a relationship. Other things mattered just as much—empathy, communication, and trust.

I also came to learn that I too had inadvertently contributed to this toxic nature of our relationship,.

To The Friend I Bullied In Grade School – I’m Sorry

I had become overly dependent, and unknowingly forced upon my boyfriend the sole responsibility to somehow fix my insecurities with his love. And when he didn’t have the time nor the means to give me any attention, I lashed out. Without a doubt, my ex-boyfriend was still the main perpetrator of our unhealthy relationship; but because he created this unhealthy atmosphere for the both of us, it was hard to see through all the arguments and tears that the toxicity was rubbing off on me, too.

In her song Clean, Taylor Swift wrote, “she lost him but she found herself, and somehow that was everything.” And that was what eventually got me to the other side. I found myself after a while. And came to learn and adore how fierce, loyal, incredibly sensitive and emotional that woman is.

When you’re going through a break-up, it’s hard to believe that the pain will ever go away, or that you’ll somehow be better off without them. But it’s true. Over time, you gain clarity about what went wrong. You see the red flags that you obviously couldn’t at the time. And you grow from those lessons.

I know now that love, despite how grand it is and how much we all want it, is not enough; and that two people can love each other but still not be right for one another.

I have also come to learn that healthy relationships don’t involve losing yourself in someone else, or being two halves that complement each other; but rather two whole individuals that learn to work together as a team.

For a while, my ex-boyfriend was blocked or deleted on most of my social media accounts. I knew that I needed to have that wall between us for me to heal. But there was some part of me that didn’t want to permanently cut ties with him for good. Even though he treated me horribly, at the end of the day, he was still my first love.

I unblocked him over time, but didn’t bother to reach out since a part of me was still getting over the trauma. But five years later, he was the one to take that first step.

To this day, I’m still dealing with the repercussions of his words and the trust issues he left me with. Yet since our final break-up, I have learned throughout the years what it is to love and nurture myself on my own, despite and because of our toxic relationship.

Amazingly, I feel secure and even comfortable enough to be friendly with my ex; and occasionally hold a conversation with him. Because even though he took my heart and my old self with him, there is no way I will let him take anything else.