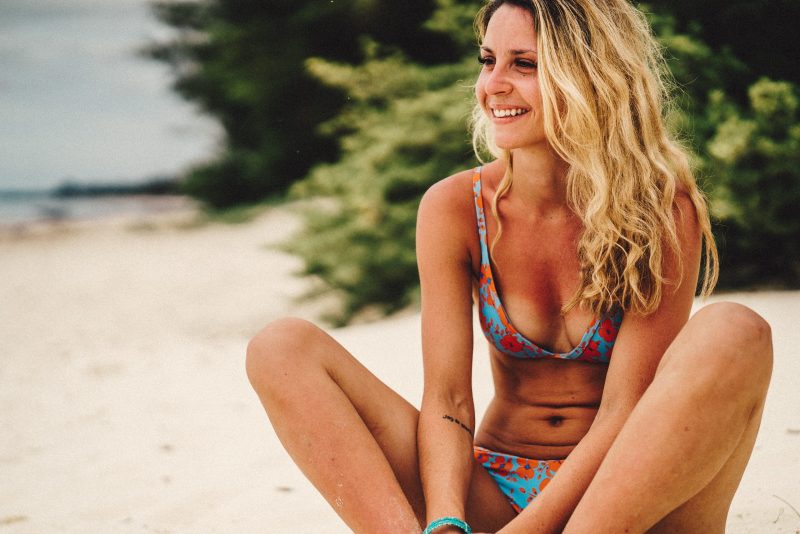 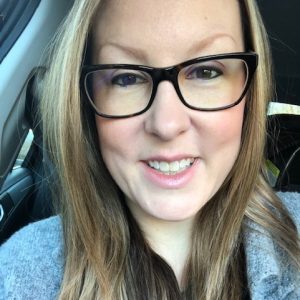 Sarena is a writer, aspiring author, and full-time stay at…

My Story Of Overcoming Anxiety At Work

My story of why I removed my breast implants begins in sixth grade.

Ask any of my friends back then what I looked forward to the most about growing up, and I’m sure a lot of them will tell you it was the idea of one day growing a pair of voluptuous breasts.

I cringe now just thinking about how obsessed I was with the idea.

For a long time, I thought having large breasts would completely change my life.

Maybe the boys won’t care as much that I don’t have eyebrows and eyelashes if I have nice boobs. Maybe I won’t care as much about my lack of facial hair due to trichotillomania when I have big boobs. And maybe society and I would consider my tall, thick structure as desirable when my boobs matched my plump bum and thighs.

Pretty girls always seemed to have things come easier to them. And if I couldn’t be naturally beautiful, then maybe big boobs would help counteract that; and my life would magically become easier.

I knew at the age of 18 that my B-cup boobs weren’t going to grow any larger. So I decided I would one day get breast implants.

I read that breasts can grow up until age 22; so I underwent breast augmentation surgery at exactly twenty two years and six months old.

I really did research everything to the best of my ability at the time.

I chose teardrop shaped textured implants, as they had more of a natural look and feel to them; and I wasn’t confident enough to go for Dolly Parton type perkiness.

I asked my surgeon if breast implants would affect my ability to breastfeed in the future, he said no. He also confidently told me that I would only need to replace them if I personally wanted an upgrade; and I quote, “they’re practically indestructible; they could be ran over by a semi-truck and not rupture.”

You mean, I would finally have bigger breasts that I would never need to replace?

At first, I was very pleased with my decision.

I had been avidly running prior to getting implants, and was probably the thinnest I have been my entire adult life at that point. For the first time in my life, I felt fairly confident in my body’s appearance.

However, a few months after my augmentation, I was starting to get concerned that feeling had not yet returned in my nipples and surrounding breast tissue area. If you’ve ever had freezing before, that is the only thing I can compare the sensation to. It felt like my breasts were frozen, and every so often I would get twinges of excruciating pain that gave me temporary hope that maybe the nerves were trying to wake up and feeling would return after all.

But that never happened.

I also started getting upper shoulder and neck pain that would last for days; and affected the ability to move my upper body from left to right. I chalked the pain up to an incident at work when a toddler jumped on my back while I was sitting cross-legged on the floor, causing my neck to go out. I told myself that was the only thing that made sense as to why I was getting recurring pain in the same area.

About three and a half years after getting implants, my brother and only sibling passed away. Within the first 18 months of his passing, I gained about 35 pounds.

At first, I was self-conscious about my weight gain. I had just completed certification in Personal Training, and I was concerned about what people would think about my new appearance. My breast implants were no longer a compliment to my tall, curvy figure; I just looked frumpy.

As losing someone who is, quite literally, an extension of yourself and a piece of you will do, my perspective on life began to change. My physical appearance became less of a priority to me as I began focusing on my mental health and wellness; something I had been neglecting for a long time.

Within two years of my brother’s death I experienced infertility and pregnancy loss, and I’ll tell you right now: what my damn boobs looked like after all of that didn’t enter my brain.

I was finally blessed with a healthy pregnancy and gave birth to my son in 2017. The moment he was born, I knew breastfeeding him was important to me, though my body had different plans.

Immediately after being wheeled into my room after an emergency c-section, a nurse opened my hospital gown, and plopped a ravenous baby onto my boob. When he lifted his head, there was blood all over my nipple. The nurse asked if my nipple was in pain. It wasn’t, because I didn’t have any sensation in my right nipple due to my breast augmentation seven years earlier. Though my son had a lip tie and posterior tongue tie (which caused the bleeding while he ate in the beginning), we had a triple threat working against us with my breast implants.

I was told by numerous health professionals that my implants weren’t causing the breastfeeding issues. Then we saw an International Board Certified Lactation Consultant (IBCLC) at 8 weeks postpartum. She explained to me that because I couldn’t fully feel my baby suckling, my body wasn’t signalling to my brain to release more oxytocin, which produces more milk. I was able to feed my son a combination of breast milk and formula for four months before I had to switch to just formula.

Shortly after my son’s birth, I started to have random thoughts about what might happen if I removed my breast implants.

Part of me wondered if maybe breast sensation would return with removal, though the chance of this happening was highly unlikely. I was also starting to wonder if my recurring shoulder and neck pain were being caused by the implants and extra upper body weight, but I was also fearful that I would go through the process of removal only to discover this wasn’t the case.

I put the idea on the back-burner, as my husband and I started trying to get pregnant again. Secondary infertility and a second miscarriage were unfortunately part of our journey in conceiving a second child, prolonging extending our family once again. Two months after my second miscarriage, news broke worldwide that my breast implants were being recalled due to their link to a rare form of cancer called Breast Implant Associated Anaplastic Large Cell Lymphoma (BIA-ALCL).

I started calling different plastic surgery centers trying to get clear information on what to do next. I was told that removal wasn’t recommended unless medically necessary due to the risks of surgery; and it was suggested that I undergo a breast ultrasound to check my implants’ health. The ultrasound revealed a rupture in my left implant, with deteriorating health in my right implant.

My decision was made right then and there: I would have my breast implants removed once and for all.

I underwent a procedure called an en bloc capsulectomy at the end of November 2019; which is the removal of your breast implants and the surrounding capsules containing the implants. Based on my research, this was the best way to ensure absolutely nothing was left behind in my body.

I decided not to get a breast lift, as I didn’t want to compromise losing more feeling in my breasts than I already had.

Recovery took a full six weeks. But I had significant pain in my breast bone for about five months, which I’ve read can be normal. The recovery was far from easy, but I would choose it over and over again in a heartbeat.

There were so many fears leading up to having my breast implants removed.

What if I had complications from surgery? What if I was left with rippling, saggy breast tissue? And what if I was unhappy with my breast appearance and wished I had opted for a replacement instead?

These were just a few of my many thoughts and fears.

At the end of the day, I had to put faith in the thought processes that led to my decision. The fact that I had no idea that my left implant had ever ruptured was concerning to me; I never wanted to have to think or worry about that again. Though the risk factor of getting BIA-ALCL will never go away despite having had the breast implants removed, I didn’t want to further increase my odds of cancer by implanting more possibly contaminated plastic into my body. I wanted to close that chapter in my life, so I could begin to move forward.

I’m not going to sit here and pretend that my outlook on my body is perfect now that I have removed my implants.

I have had moments of insecurity and dissatisfaction with my new physical appearance; from the large surgical and drain-tube scars, to the rediscovery that one of my breasts is a full cup-size bigger than the other; something I had completely forgotten as the implants were different sizes to “correct” this.

I have had moments of feeling insecure that I am a larger woman with small breasts.

However, these feelings have all been fleeting. The benefits have far outweighed anything else.

I have had partial sensation return, and my breasts no longer feel like they are frozen; which means I haven’t had a crying fit wanting to rip them off of my body for some relief from the strange sensation. My shoulders and neck have not acted up since the implants were removed. My husband can touch my breasts without me instructing him where it’s okay to and where it’s not.

Most importantly, I have realised that my outlook on myself never had anything to do with my breasts. I went from small breasts, to big breasts, to even bigger breasts after weight gain, to smaller breasts again; and the only thing that changed in my life was my outlook and perspective.

Having implants didn’t grant me some magical powers where things came easier to me, or make anyone in my life love me more or differently. I didn’t gain insurmountable confidence in myself and make some grandiose life changing choices because of the implants. Confidence truly does come from within. And I hate that it took me having breast implants put in and then removed to finally learn that.

I am now 30 weeks pregnant with our second son, and I hope to inspire my boys to be confident in whom they inherently are, always. I tell my oldest son every night, you are kind, you are smart, you are funny, you are nice; you are perfect just the way you are.

Because, as I’m still learning today, those are the things that truly matter in life.