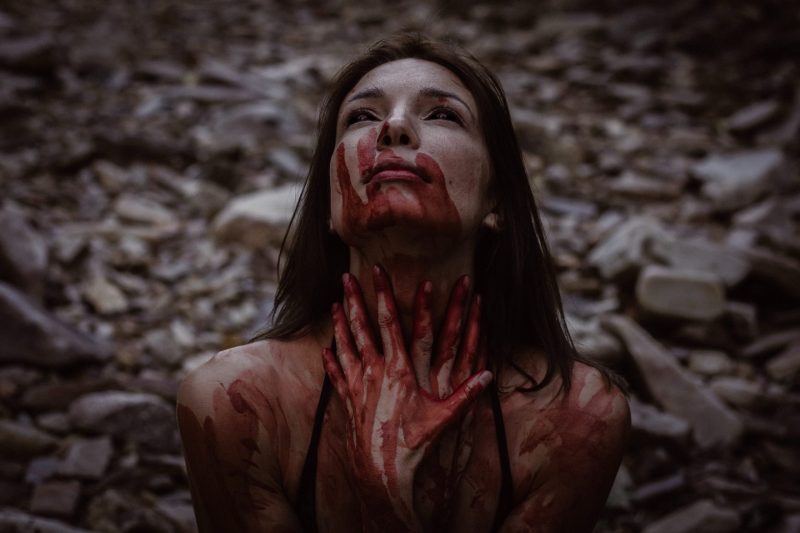 How Language Promotes Sexism In The Workplace And Beyond

Upon searching for any information on what the witch hunt was, you’ll be met with an account that is based on what was originally written by men, hundreds of years ago.

Because women weren’t allowed to write books. Women had little to no rights.

And women were the ones who were mostly accused and persecuted.

Doesn’t that seem strange to you? That you can’t find or read stories told by the women in that time?

It’s like reading an account of what happened in the Holocaust, penned by Hitler and his most loyal Nazi soldiers.

So I feel called to share with you the real story. The truth about what a witch actually is (she is not the devil), and what the witch hunts were really about.

What was the witch hunt really about?

Who did they deem a witch?

Today, you’ll read descriptions of witches as evil women with large curved noses, warts on their faces, who wear black pointy hats and ride on broomsticks. Women who cackle as they stand over their cauldron, cooking up a potion to poison their next door neighbour.

To say that the connotations of a witch are negative and misunderstood would be a severe understatement.

Although, for some strange reason, witches and wizards have been widely accepted through the fictional phenomenon of Harry Potter; perhaps because Harry—a wizard—is the main character.

But we only have to look to Africa today to know that witches—and anything related to spellwork or ritual or magic in a woman—are still heavily persecuted, and often punished through horrific acts of torture and put to death.

During the witch hunt and trials, a witch was any woman who:

Essentially, any woman who seemed to possess any kind of strength or power or skill; or any woman who was independent and untamed and didn’t fit into society’s expectations of a “good” woman was deemed a witch.

What is the real definition of a witch?

I still remember when I was 15, and my best friend told me that one of the guys in our class had been saying something nasty behind my back.

Curiosity got the better of me, and I wanted to know what had been said.

“He called you a cunt witch. Because of the way your nose is curved.”

There’s no doubt in my mind he was suffering from tiny penis syndrome.

At the time, his words deeply wounded me, especially since I was already insecure about my Indian arched-nose, among a long list of other things.

But now? It’s eye opening. Because somehow, he saw my power before I even knew it was there.

I won’t go deep into etymology here, but the word cunt was originally a powerful, complementive word, originating from a Goddess; pre-patriarchy of course. You can read more about it in Naomi Wolf’s book, Vagina.

And as for the word witch?

A witch is a strong woman. A witch is a woman who is rooted in her power, who works in harmony with mumma nature, and sees the magic in the world every day.

I am a witch. You are a witch.

As Lisa Lister (author of Witch) writes, there are five witch archetypes which are present in every woman:

The Force of Nature: She who cannot be controlled.
The Creatrix: She who dreams, manifests and makes magic.
The Oracle: She who trusts her intuition and sees all things.
The Healer: She who heals herself and heals the world.
The Sorceress: She who is charmed, dangerous, and not afraid of the dark. 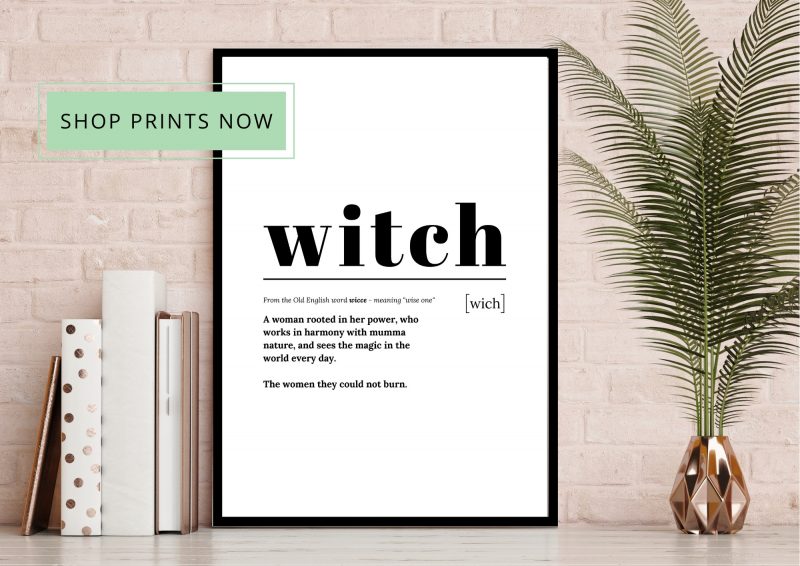 The witch hunt was about the control of women, and protection of the Church (i.e. Patriarchy)

If we go far enough back in time—tens of thousands of years ago—life and society looked far different than it does today; because the Patriarchy were yet to take over.

Women were the leaders of their communities, and were fully in control of their lives. They possessed an internal power, which was used to lead and organise their community so they would thrive, instead of for selfish gain. They enjoyed absolute freedom—over their bodies, their choices, and every aspect of their lives.

As the years went on, misogyny grew, and groups of men began to want power and control—over women; over everything. And the witch hunts were one of the most notorious examples of this.

Christianity rose in popularity a few thousand years ago, and everything the Church stood for was in stark contrast to the most popular religion at the time, which was Paganism. Many Pagan women were labelled witches, because they followed a different tradition, one that didn’t align with the Church.

The problem was, the men behind the Church wanted complete control, and to achieve this they needed everyone to follow the same beliefs and traditions. So Pagan holidays were over-written by Christian ones.

How The Patriarchy Stole Friday the 13th From Women

And this was only possible by ensuring everyone had fully converted to the Church’s ways. Anyone who didn’t was a threat.

What really happened during the witch hunt and trials?

The Old Testament, Exodus 22:18, says, “thou shalt not suffer a witch to live.” One of many passages in the Bible that caution against divination and chanting.

It is widely known that the first finished copies of the Bible were available in 1454 or 1455, which, coincidentally (I think not) was also when witch hysteria took hold of Europe.

Not long after the publication of the Bible, another notorious book was published by two German men called “Malleus Maleficarum,” which loosely translates to “The Hammer of Witches.”

In a nutshell, this was a thorough guide on how to identify, hunt, and interrogate witches. And for more than a century, this book sold more copies than any other across Europe, apart from the Bible.

Women were arrested, tortured in some of the most horrific ways, and forced to confess to undesirable behaviours and wicked crimes they had not committed.

In what can only be described as a gendercide, hoards of women were burned at the stake, or hung on nooses. The most commonly targeted women were those who were without a man: the single women, the widowed women, and the women on the margins of society.

You’ll read across the internet and in most books that tens of thousands of women died during the witch hunt and trials. But this is not the truth.

Over 13 million women were murdered. That’s more than double the estimated number of people who died in the Holocaust; yet nobody talks about it. It has been covered up.

The witch hunts created a system of terror which all women felt, and still feel in their ancestral and karmic lines today. And this was the whole point of the witch trials: to make us fear our own power as women. To make us shrink and mold ourselves and conform to fit into the patriarchs acceptable model of femininity.

A model where women are obedient and inferior to men. Where a woman’s body and menstrual blood is viewed as sinful and shameful. And where women are no more than reproductive machines, resigned to the role of creating cheap labour to meet a capitalist society’s demands.

This is still where we are today as women. And we have a long way to go. But slowly, we are remembering all that was forgotten; all that has been lost and stolen from us over time. We are remembering and reclaiming our gifts, our wisdom, and our power.

In the words of Lisa Lister, I didn’t decide to become a witch. I just remembered I was one.

22 Types Of Witches And Their Craft: Which Witch Are You?

How To Create A Magical Witch Altar For Ritual

I Found My Faith Among The Wild Things

When Will It Be Safe For Women To Walk Alone?