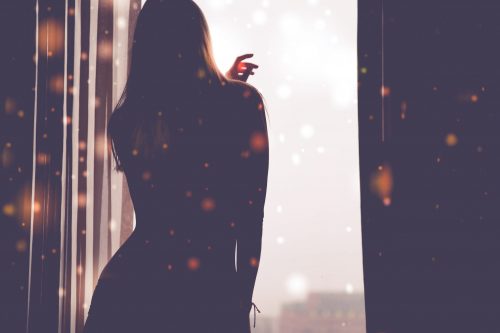 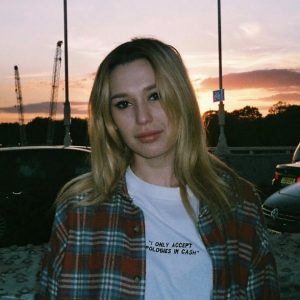 I am a 21 year old writer from Almaty, Kazakhstan.…

I Will Never Be Friends With My Mum, And I’m Okay With That

Before I get into the subject itself, I want to acknowledge that the topic of this article is quite intimate and personal.

However, I believe that revealing and discussing stories of this nature can help people—especially young women—feel more comfortable.

Intimacy, or the absence thereof, plays a big role in our personal life, and can even change the way we view ourselves.

For young people all over the world, it has been a subject of pride, shame and even insecurity.

The discussion of sexuality, and the diversity with which it comes, is still a developing subject for us. We have made great progress in accepting different sides of the subject, but we are still miles away from an open discussion of intimacy, that doesn’t make certain parties uncomfortable.

The topic of virginity is one that does not get as much attention as it should.

For an average young man, losing his virginity is seen as a right of passage; something to be proud of and share with your friends. The story for women, however, is a little different.

The idea of sex is approached differently in different cultures, countries and social groups. Being raised in Kazakhstan—a third world, predominantly Muslim country—until I was fourteen, and moving to the UK straight after, gave me a unique opportunity to not only compare the two cultural views, but to live through them.

Since I was a little girl, I was told that acts of intimacy are only acceptable after marriage. I was told so not only by my mother, but by every woman I spoke to on the subject.

The idea of sex in my country was seen as something to keep quite about. If a girl is spotted with a boy or a group of boys, she is seen as promiscuous in the eyes of society. If a girl gets pregnant without being married, the family tries their hardest to hide it from the rest of the world. Once she reaches her early twenties, it is time for her to start looking for a husband. And if she loses her virginity to a man she is not married to, she is seen as “damaged goods” by all the other men she meets in the future.

Those social standards can be very confusing for a young girl; and force a lot of women to either repress what they really feel, or hide any “wrong” doings.

How will I explain to my future husband that I am no longer a virgin?

Will he see me as an easy price if I tell him I slept with someone else?

I did not think long and hard on the subject growing up. I could not even imagine that this would be a problem for me one day.

At first I naively believed, as many before me, that my first time would be with my husband. During multiple confrontations with people I was in a relationship with, I always told them I would rather wait; and thankfully my decision was always respected.

However, my views started changing when I moved to the UK and was faced with a completely different culture.

Here, people spoke freely on the subjects of sexuality and intimacy. Sex was not a subject people avoided, but something you were encouraged to educate yourself on. Losing young virginity, whilst remaining a very serious decision, was no longer limited to marriage or seen as something degrading to a woman.

I Am Rediscovering Me After You, And It’s A Beautiful Journey

That is when my views started to change.

As I learned more and more, I started to realise that the subject of intimacy is not something people should shy away from, but something natural; and even something that carries a deeper meaning of transition and beauty in being a woman.

All these new discoveries left me conflicted. I found myself stuck between something I was told growing up, and the new opinions I was forming for myself.

During one of my first experiences in intimacy, I realised that I still have not fully let go of the sexual prejudice implanted in me by my culture. The experience left me feeling bad about myself; feeling shame, as if I had done something wrong.

That made me realise that the roots of ignorance around sex of the culture I was raised in, had a deeper impact on me than I expected.

I have since worked more on myself to form my own independent opinion, and solidify it. I now realise that sex will not make me any less of a woman, or have any affect on my value as one. And I understand that losing your virginity does not mean something is being taken away from you. It simply signifies the entry into a different stage of life; a natural and indispensable process for any woman’s growth.

I strongly believe a culture repressing and punishing a woman’s sexuality, limits a woman’s opportunity at self expression; therefore dismissing her right to discover her individual identity.

I personally think that discussions of intimacy should be normalised, not only on a social level but between genders.