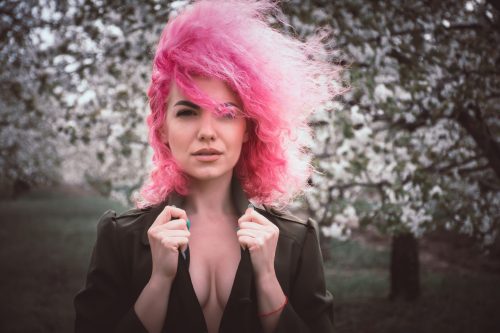 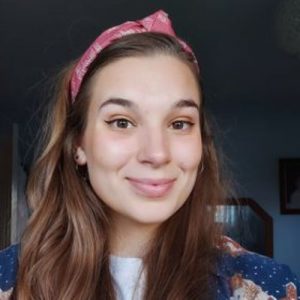 My name is Victoria and I’m a freelance writer based…

What Would You Do If You Didn’t Have To Work?

Riot Grrrl was a movement which began in the U.S. in the early 90s.

It was a political movement consisting of loud, angry women, fighting for their rights and not giving a shit about what anyone else thought.

The Riot Grrrl movement had a huge influence on music at the time. Groups like Bikini Kill, Bratmobile and Heavens to Betsy got together, all with the goal of empowering women and pummelling the patriarchy.

I discovered this music in my late teens when I joined an all-girl punk band in college. I had always been a very well-behaved, diligent, A* student, with a fear of authority figures. And I spent much of my adolescence angry and confused about my place in the world.

Playing the drums with my badass girl gang gave me the space to express this anger; and although the band was relatively short lived, the lessons I learnt from my Riot Grrrl phase never left me.

1. Tell people to “Mind Their Own Business” more often

As women, we live in a world where everyone seems to have an opinion about us; about our bodies, our abilities, and our overall place in society.

Delta 5’s song is a massive middle finger to everyone who feels the need to interfere with our autonomy. It taught me to ignore other people’s opinions of me and do my own thing. It’s okay to tell people to mind their own business, to stop overstepping boundaries, and to give you space.

Bikini Kill taught me that women inherit gender norms without even realising it. It made me question my own behaviour. I discovered that my femininity was often a performance as opposed to a form of authentic self-expression.

The way in which we show up in this world is a choice. From the way we dress to the way we talk; this song taught me that I could choose to live a little differently and express myself in a way that felt authentic to me.

3. There is no such thing as a “Typical Girl”

This song by The Slits lays out almost all of the stereotypes that exist concerning women and how they have been portrayed (mostly by men) in literature, film and music. Let’s get this straight, the “typical” girl does not exist. This idea discredits women’s individuality and often leads to symptoms of internalised misogyny.

One example of which is the “I’m not like other girls” phenomenon, where women pride themselves on being seen as different to their fellow sisters. The idea of a typical girl also makes women feel like they must behave a certain way in order to achieve womanliness. No matter what anyone tells you, you are woman enough.

There is no one way to exist in this world as a woman.

This Is How To Be Happy Being A Single Woman

Sleater-Kinney lays out how the modern woman is represented in advertising and marketing. It highlights how consumerism and feminism are interlinked and how companies try to sell us our own femininity.

It made me realise that nothing you can buy will make you any more or less of a woman. Buy what you want. Buy loads, or buy nothing at all. But don’t try and buy your own status as a woman. That, my darling, is your birth right, and no one can sell it to you.

5. Sometimes you’ve just got to “Double Dare Ya”… self

In this song, Bikini Kill acknowledge that being yourself as a woman can be fucking scary. But they are literally daring you to do it.

I won’t lie, sometimes I have found myself in situations where I feel terrified to speak, perform or even exist. Every time I do something that scares me, I think to myself, “Bikini Kill dared me to do it.”

If something goes wrong (which it rarely does), they serve as the perfect scape goat for my actions. If it goes right, I have pushed myself out of my comfort zone and am forever indebted to them.

Be who you are. Don’t be ashamed. Stop caring about what men think. In the words of Kathleen Hanna, “Dare you to do what you want. Dare you to be who you will.”