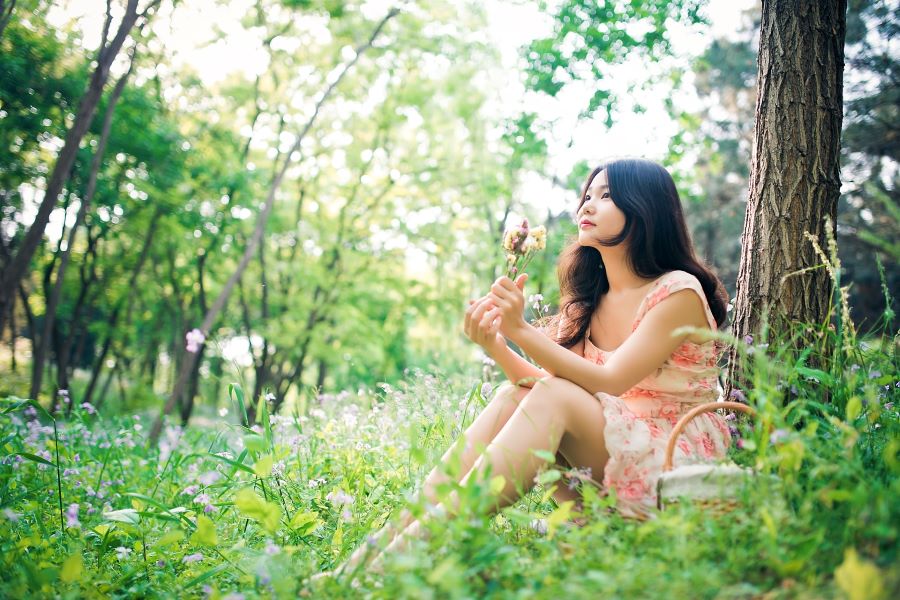 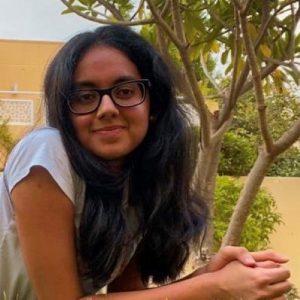 Wherever & Whoever You Are Right Now Is Enough

She felt it one starry night.

She was sitting on a wooden log, staring straight towards the mountains. Her deep brown eyes were absorbing her surroundings.

Ever since she was a kid, she loved the outdoors. She would go fishing every weekend with her dad. She would run on green forest trails barefoot. She would come at midnight to sit by moist logs, taking in the smell of rain and staring as far as her eyes could let her.

It was her solace. Her gentle secret.

Tonight too, she came. And this time, she closed her eyes. She had expected it to be dark and quiet. With the whole town sleeping, only the whispers of the trees should be heard, right?

But, she heard more.

She heard the buzzing of cicadas, the soft tumble of rain, the whish whoosh of trees, and a faint howl.

She snapped her eyes open. Silence.

She closed them again. And the forest sprang back to life.

She thought, “It seems I’m not the only one with secrets.”

The forest was filled with creatures of its own, a world of its own, that comes to life at night. No matter how silent it gets during the day, at night it makes sure that its voice is heard. She had forgotten that.

This was her home and she had forgotten that.

But what broke her heart the most was that she knew deep down that she had chosen to forget that. Her busy life had made her choose. And I want to ask you what you would have chosen if you were in her place.

Freedom or the truth?

Choosing freedom means a life filled with family, leisure, work, and enjoyment. But all this at the cost of not knowing what it could have been like.

Choosing truth means a life with maybe less enjoyment, less leisure, but knowing the world’s most precious secret which would be forever yours to cherish. It would become a part of you. The knowledge of the vastness of the earth, the knowledge of the serenity your soul can feel, the knowledge of what the voices of the creatures are trying to say, hidden behind nature’s shadow.

I want you to realize that as each day passes, you are making this choice.

This Is What Healing The Child Archetype Looks Like

You’re choosing to ignore what this world has to offer.

Everything around you has a story to tell. Everything around you breathes a life of its own. And not the ragged quick breaths we take. Oh no, it’s the gentle deep breaths that reveal the calmness of it all. Of the joy of simply being present on this gorgeous lush earth.

The howling of the wolf every night, the joyful whispers of the trees, the ever-glowing silver moon, the dewy softness of the grass millions of people have stepped on… they’re all telling you one thing: that it’s enough.

It’s enough to be a living breathing soul on this planet.

You don’t have to prove to anyone how efficient you can be with a busy life. You don’t have to pretend that this world is run by humans. Without nature, humans wouldn’t survive. And I’m not just saying physically, but also mentally. We wouldn’t be able to cope with a society where the secret of peace is lost.

Because the truth that I’ve been trying to show you is—nature has it. Nature has the secret of utter and complete peace. Momentary peace for the living; permanent peace, a soft lullaby for the dead.

Whether we are dead or alive, we need it.

So, the next time you feel tempted
to rush past the deep dark forest,
I hope
just like her
you close your eyes
and stay.