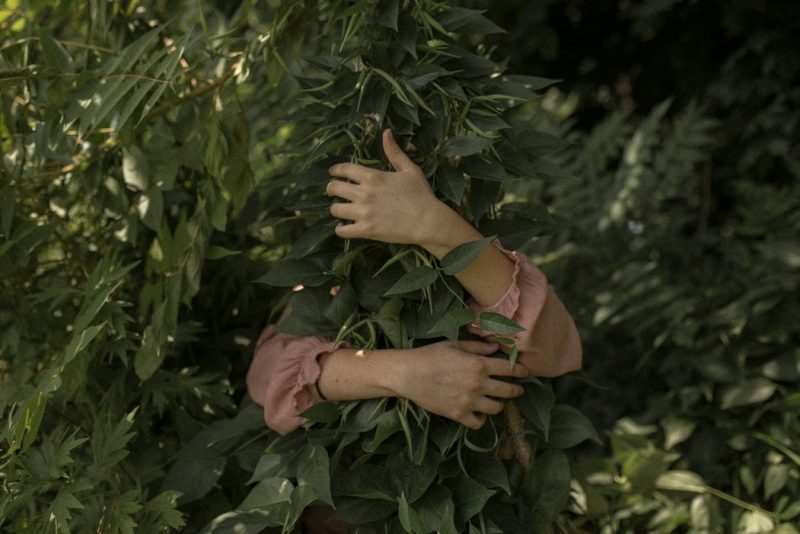 Women: Our Freedom Is False & We Are Not Equal

It’s hard to picture, but close your eyes and try to imagine a time when Mother Earth was loved and respected – the same way that women once were.

Communities would come together to seed, nourish, and harvest their own plants and crops to sustain them each year – just enough was plenty. What was eaten was whatever would grow and thrive in season (yes, that means no strawberries in December).

Women would plant their bare feet on the soil of Mother Earth, hug trees, and bathe in the moonlight; tapping into the deeply rooted wisdom of nature.

We planned our days in keeping with the rising and setting of the sun.

We looked to the darkness or brightness of the moon to anchor and guide us, aware of how the natural cycles are in tune with our own cyclic nature as women.

Our animals weren’t force-bred on a mass scale, and were left to run wild and free on the lands. Our oceans and our air were seen as sacred resources, and were unpolluted.

There was a harmonious balance between what the people needed, and what she needed.

Before the feminine need to nourish and receive, was shunned in place of the masculine need for assertion and logic.

Separately, all of the masculine and feminine qualities are positive ones in their own right. The danger is when they are taken to the extreme, and become a toxic version of their original, healthy state.

The demonic masculine is currently at play in our world today, and has been running the show for as long as we can remember, all the while disregarding the feminine entirely.

He continues to drive and push forward, with little to no regard of the costs to others.

His natural instinct to protect, becomes a need to control.

Assertion bleeds into manipulation, ensuring he always gets his way.

Strength turns into violence, which is used to prove his masculinity.

Our insatiable need for knowledge, tangible progress and results, without the crucial balancing of the feminine, is what has led to the ravaged state of our sacred planet today.

Whether we want to admit it or not, we are slowly killing Mother Earth, and many people are still living clouded in a state of denial or ignorance.

So what if we’re producing millions of tonnes of plastic each year, half of which ends up in our oceans?

So what if we live in a patriarchal society where men are in charge, and women come second?

And so what if we put our needs and desires to grow and develop as a species, over the protection and nurturing of that which created us, and is the only home we’ve ever known?

We forget that this earth we’re inhabiting has been here forever, while most of us have only been around for a handful of decades. Mother Earth knows far more, and holds infinite more wisdom in her womb than we do. But many of us walk around with the arrogant, egotistical mentality that we know better.

It’s imperative we explore this theme because the parallels between Earth and women are clear:

We are currently raping our Mother Earth, the same way that we rape our women.

You see, women and the Earth are so deeply connected and inseparable.

The Earth is the body of the Goddess, and she is our Mumma. She has been worshipped by humans as the Divine Mother since the beginning of human life.

Not only is she our Mumma in a symbolic sense, but quite a literal sense too. Our physical body is made made entirely of the elements – the earth beneath our feet, the air we breathe, and the water of the vast oceans.

The greatest threat to our planet is the belief that someone else will save it. – Robert Swan

The belief that somebody is coming to save us is the greatest threat to us as women, too.

No one is coming.

And that’s okay, because we are not the helpless damsels in distress they like to cast us as. It’s up to each of us to step up, play our part, and save ourselves.

We have been ignorant towards our planet and the women who walk on it for centuries. But we are slowly waking up.

The masculine without the feminine creates a feeling of incompleteness, and a population that is out of integrity, and continuously seeking wholeness; which can’t be found until we make a conscious choice to invite her in.

When the feminine rises, our earth and its people will be restored back into harmony; and so we shall all rise with her.