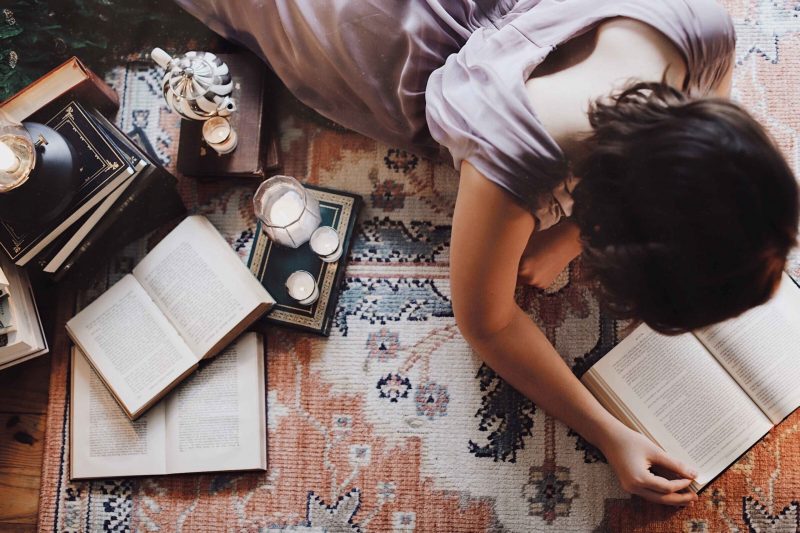 This Is How To Honour Yourself

I used to dream of being published. I think anyone who wants to be a writer, and get paid for their art, shares that dream.

Then I wrote a book and got published, very young at 26, and the truth is life didn’t really change. I mean, everything changed, but not in ways I’d expected.

Life was how it had always been, except, I was now a published author.

And it was kind of cool being able to say that. But at the same time, I couldn’t shake feeling like an impostor, because I had neither money nor fame—and those are the real measures of a “successful” writer, right?

Yes. And no. It really depends on how you choose to define success. And it depends on why you’re writing in the first place.

A handful of people may choose to write because they want fame and money. But fairly quickly, these people will realise that there are many other career choices with much higher rates of this kind of success, and much less despair.

Which is why I believe that most people aren’t writing in pursuit of these two things.

Most people write because they want to. They have to. They need to.

Most people write because they love reading, and they want to be able to create a body of work that speaks to someone else (even in a subtle way) the way that books have spoken to them, so many times.

Most people write because they realise it comes naturally to them. They’re fairly good at it. And that feeling doesn’t occur very often. So when people find something they’re good at, they tend to hold onto it. And they want to become great.

Most people write to make sense of life. To work through their own emotions and relationships and traumas. To clear out anything they’ve been carrying with them, that has been weighing them down. And to feel the sweet release that comes from letting it all pour out.

If you’re anything like me, you write because you can’t imagine a world where you don’t write.

You show up every day at your laptop or notebook, and for that hour or so, nothing else matters. Like meditation, you’re fully present in the moment.

You’re focused on whatever it is you’re creating, and maybe you don’t even really know what that is, yet. And that’s part of the magic too. Because who knows what you’ll create today? Who knows what wants to be birthed through your stirring soul and faithful hands today?

So you keep writing. You keep going. Even when you feel like you have nothing intelligent or meaningful to say. Even when the words just aren’t coming. You sit. You patiently wait. Because this is what it means to be a writer. This is the true joy of writing.

And if you’re lucky enough to experience this feeling every day, does it really matter if you get rich, or find fame?

Writing Heals Me, And It Always Has

Does it really matter if someone in a dreary office somewhere deems your voice worthy of being published?

Perhaps it used to. But now you’re lucky enough to be able to write a book and self-publish your work, without an agent or a fancy publishing house to count as friends.

Yet still, this is not enough for some. It will never be enough until someone says yes, your voice is worthy of being heard.

And to those people I would say, you’re missing the point. You’re missing the magic. Because that’s what the act of writing is. It’s a window of magic. It’s ritual, it’s spell-work, and it’s the work of witches.

The universe wants something to be created through you, and you have been chosen for good reason. So you show up, you sit, and you listen. You write, and you stir, and you ponder. You sprinkle a little more here, take a little there, and you let it marinate a while longer. Then you taste. Maybe you’re happy, maybe you’re not. Maybe you’ll discard what you’ve created today, and try again tomorrow.

But no matter what, your time and your energy and your love has not been wasted here. Because you have journeyed, you have felt, and you have alchemised. Ever so slightly, you have learned, and you have grown. And you’ve shown up. Even when you didn’t want to, or couldn’t see the point, or struggled to seek inspiration.

This is what it means to be a writer. And this is the true gift of writing.