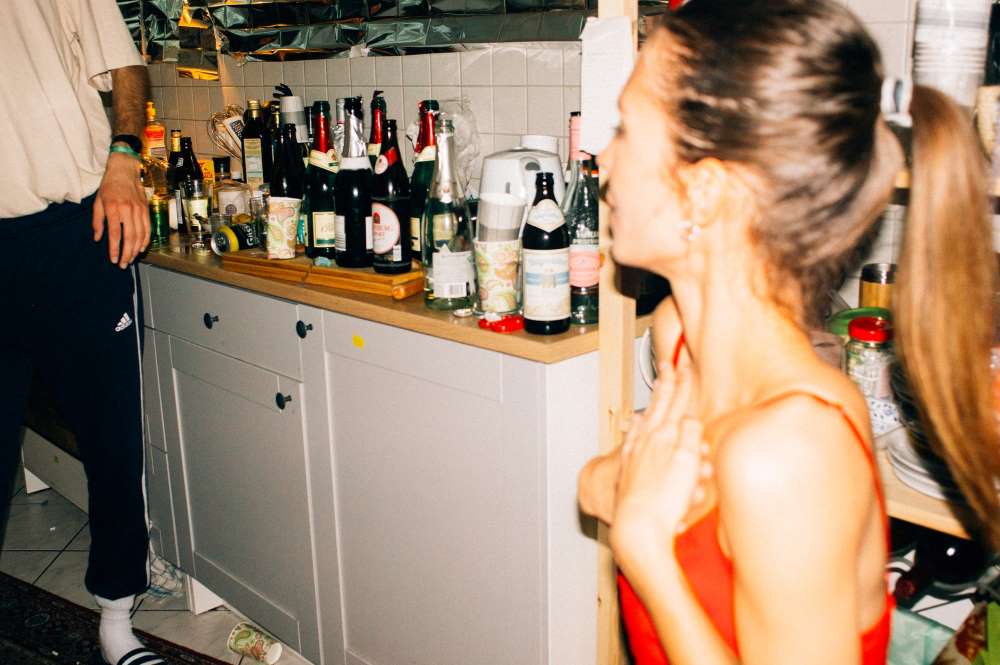 How to Regain Pleasure From Food When Eating Is The Enemy

I had always had anxiety, but it was mild and I’d found ways to live with it. I would even trick myself into believing that churning feeling in my stomach wasn’t nerves, it was excitement.

It seemed to work.

In 2015, after a hard slog, I had bagged my first “proper job” in journalism. I was feeling more confident and secure than I ever had, but one night changed all that.

It started with a party at my friend’s house. I got chatting to her boyfriend’s mate. I’d come with my boyfriend, and I remember looking over at him while chatting to this guy, and thinking, “should I tell this guy I have a boyfriend?” But I didn’t.

My boyfriend decided to go home, and the rest of us headed to a club. Things started to get blurry at this point. The last thing I remember is falling over outside the club, and a hand pulling me off the floor, and into a taxi.

Nothing for about five hours.

Until I woke up in my friend’s bed at about 7A.M. with the guy from the night before next to me.

My heart beat fast as I tried to piece together what had happened and found only one big blank. Still wearing my white lacy dress from the night before, I jumped out of bed.

I found—to my horror—that it was covered in drink stains and dirt, and my knickers were balled up in my torn tights. I ran to the toilet, had a cry, then composed myself, before heading home.

Later that day, I text my friend demanding answers. I was frightened, confused and ashamed. Sure, I’d had a lot to drink, but no more than I usually would on a night out. I’d never completely blacked out like this before.

Had I been spiked?

My friend laughed it off and put the memory loss down to a heavy night of drinking. I pressed her for answers. Was I conscious when she left me alone in her bedroom with him? I didn’t call it rape, but the insinuation made her uncomfortable, and she defended him.

Later that day, I told my boyfriend. Initially, he felt hurt and betrayed. But once he heard the whole story and saw how frightened it had made me, he realised I needed help. He suggested I get a toxicology test to see if any drugs could be detected in my blood.

Time was against me, but the next day I managed to get a doctor’s appointment. The doctor told me the only way to get referred for a toxicology test, was to report it to the police. So I called them and they visited my house that evening.

I didn’t want to press charges, I just wanted answers. But the police said it was all or nothing. Either I put the incident on record, and went with them to the police station, or I didn’t.

It was a catch-22. I didn’t want to make a “big deal” because I couldn’t prove I was spiked or that the guy’s intentions were malicious. But then I needed to follow through with the police to find out. It was legally and ethically a grey area; so regrettably, I dropped it.

As the weeks went on, my anxiety worsened.

I played back the parts of the night I could remember. I was either left feeling disempowered or blamed myself. If I wasn’t spiked, had I asked for this?

To make matters worse, my friend and I had fallen out over it. I felt she had let me down by leaving me alone with this man, when I was vulnerable. Where was her sense of sisterhood? Our three other friends heard about it and took her side.

I had lost friends over it, my relationship was hanging in the balance and my self-worth was at rock-bottom. I wasn’t performing well at work either.

One night, I was watching an episode of This Is England, and there was a scene where a girl was at a party. A group of men got her drunk, then took advantage of her. I burst into tears and switched it off.

What turned my mental health around?

Finding other kinds of support.

Thankfully, my boyfriend stuck with me and I had other friends I could turn to. I started going to Cognitive Behavioural Therapy (CBT) and got diagnosed with Generalised Anxiety Disorder and PTSD.

Somehow, putting a name to what I was going through, validated how I had been feeling.

I used to think you had to remember an incident for it to be classed as PTSD, but mental health charity, Mind, describes PTSD as “being unable to remember details of what happened” and “blaming yourself for what happened.” The feelings accompanying this are “overwhelming feelings of anger, sadness, guilt or shame” and I had gone through the whole spectrum.

I’d always been attracted to complementary therapies, so I started having reiki regularly and joined a weekly yoga class that lessened my stress and anxiety. Through yoga, I’d found an empowering group of women, and along with my other friends’ support, I rebuilt my confidence and self-esteem.

Five years on, I have come to accept the situation and my feelings about it, but it still frustrates me that I never got answers.

Recently, I read about incapacitated rape. Finally, I could label the cause of my trauma. Or could I?

The article explains that if you appeared to be functioning and gave consent during a blackout, a man has no reason to think you didn’t give consent and “to claim after the fact that a “rape” was committed in a situation like this is at best problematic, and at worst, wrong.”

Regardless of the law, I want to shed light on the grey areas of consent and to stop this kind of thing from happening to others.

I know it can be difficult when everyone is a bit worse for wear, but check in with your friends. If your friend looks vulnerable on a night out or at a party, get her home safely.

I want women who have been through something similar to know that their stories matter and their trauma is valid. Don’t let anyone make you feel like you were “asking for it” because you didn’t tell the guy you had a boyfriend or drank too much.

What’s traumatic is personal. Other people can’t know how you feel about your own experiences or if they were traumatic for you.

I encourage you to reach out for support—in whatever way works for you. Whatever makes women feel safe, supported and empowered is the best route to healing themselves from trauma.

This piece was published anonymously by P.S