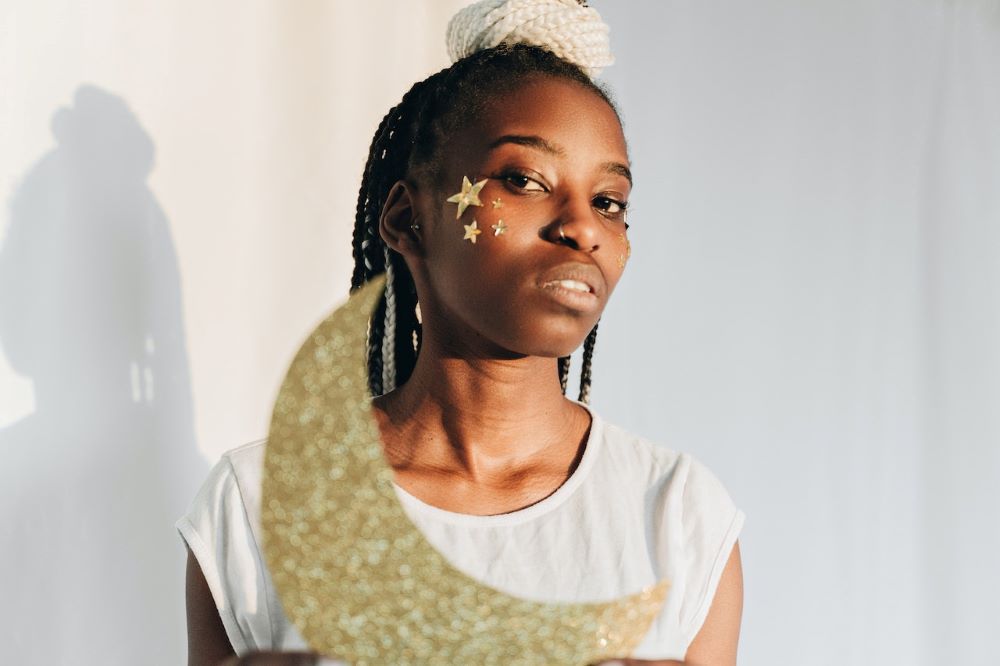 You’re walking home at night, and you’re not sure what calls you to look skyward, but you do, and there she is. Grandmamma moon, a soft yet powerful globe of light illuminating above. In that moment, you feel inextricably connected to mamma nature and in awe of the beauty of our world. But have you ever wondered what the moon represents? In this post, I’ll be exploring moon symbolism and the real spiritual meaning of the moon phases.

The symbolism of the moon

Let’s get started by exploring the symbolism of the moon!

Although we now live in a world where our calendar is based on the sun’s movements, ancient cultures always tracked the lunar cycle and used this to measure time.

This is why the Chinese calendar is still based on the moon, Sri Lanka has “poya” holidays (a public holiday every full moon), and witches always lived in moons rather than months.

Our current solar calendar and 365ish day year with 12 months make no sense. All the months are different lengths, the names of the months don’t match the order they’re in (e.g., “oct” = eight, yet October is the tenth month), and we have a leap year every four years!

The moon is the feminine, while the sun is the masculine. The moon doesn’t have light of her own; she softly reflects the sun’s light in a passive, gentle and receptive way, which are all feminine traits. This is the spiritual meaning of the moon. Men live by the sun, women live by the moon.

The moon’s shape is also like a pregnant woman’s belly. She has been linked to various prominent female figures throughout mythology and Goddess culture. 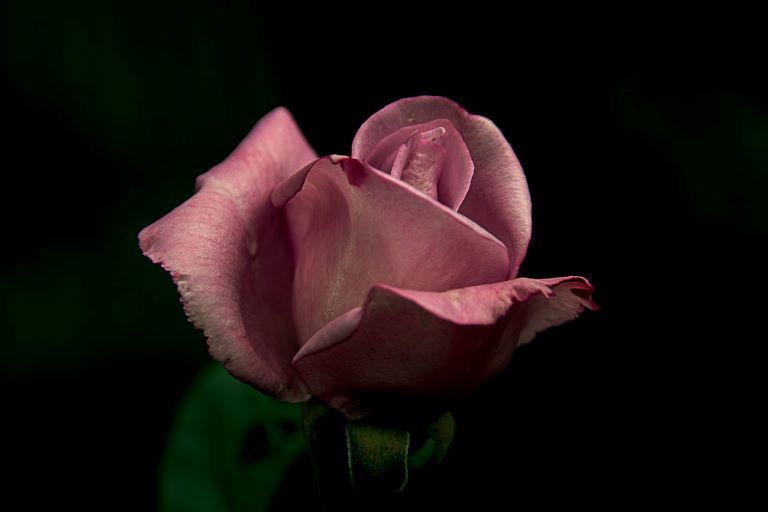 The Triple Moon symbol, or Triple Moon Goddess symbol, is linked to Pagan and Wiccan traditions. The three moon shapes in this symbol represent the Maiden, the Mother, and the Crone.

The left moon symbol is the waxing moon and is linked to the Maiden archetype.

The middle moon symbol is the full moon and is linked to the Mother archetype.

Together, these archetypes and the moon phases symbolize the phases of life (birth, life, and death).

Over time, women have become forcibly disconnected from their sacred menstrual cycle, which mirrors the moon’s cycle.

This is why living in moons instead of months makes so much more sense for us as women and helps us step back into the natural rhythm of our bodies.

The symbolism of the moon is also greatly linked to the night and darkness because this is generally when the moon becomes visible in the sky. Most of the world is asleep, we never truly know what’s happening in the darkness, and the veil between the spirit and physical realms is at its thinnest. There’s mystery and magic in the air.

The moon rules the night, while the sun rules the day. In other words, men are linked to the day, and women rule the night. Unfortunately, over time, women have been prevented from enjoying the night and this darkness because of fear for their safety. One of many reasons we must not be frightened into staying indoors and reclaiming the night skies. 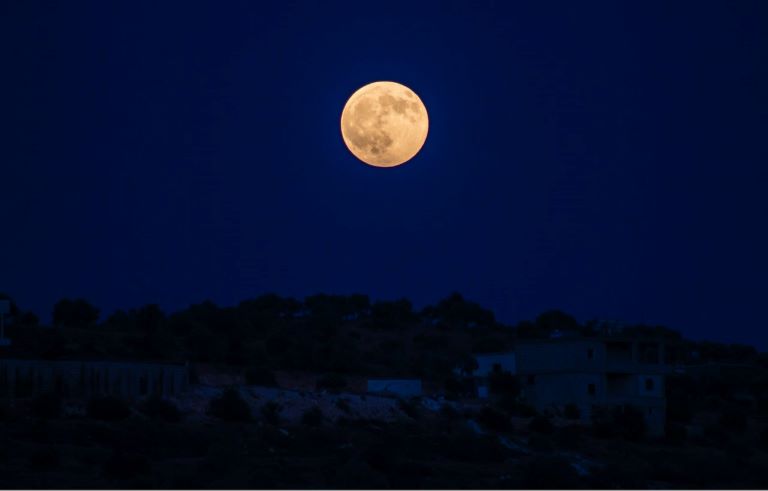 As I mentioned earlier, the moon phases also symbolize life’s constant birth, death, and rebirth cycle. Every 29 days or so, the moon dies and is born again. We literally see this in our sky, which reminds us of the cyclic nature of the earth and the cyclic nature that we, as women, embody within us. This is one of the most prominent spiritual meanings and symbolism of the moon.

Have your emotions ever felt heightened during a full moon? This is normal because the moon is deeply connected to our feelings and emotions. When the moon is full, energy is high, and everything is magnified.

This is why your moon sign in your birth chart governs your inner self, your emotions, and the part of your personality you tend to keep hidden.

The moon and the sun are two halves of a whole. Without darkness, there is no light. Without day, there is no night. We need both the sun and the moon; together, they embody the masculine and feminine yin and yang. When they work in harmony, there is balance in the world.

This is why society is off-kilter right now. The masculine has grown toxic and controlling, while the feminine has been shunned, abused, and victimized. We must reclaim the divine feminine and confront our shadow selves to restore harmony to our planet and our inner selves.

The moon is also a symbol of the subconscious mind and our shadow selves.

Because a part of the lunar cycle every moon is completely hidden, and there’s always a face of the moon hidden as she orbits the earth. Even though we can’t see the whole of her, she is always there.

This is just like our subconscious. We’re not always aware of it, but it is always there. The spiritual meaning of the moon is what the eye cannot see; the subtle realm.

When the moon is full, her light illuminates the night sky and us. We are exposed. Our thoughts, feelings, and emotions are revealed. And our shadows are also exposed. So the moon embodies illumination both literally and symbolically.

11. The element of water

The moon rules the tides and the sea because of the push and pull of gravity she exerts. So it makes sense that she governs the element of water. And human beings are made up of more than 60% water, which is another reason the moon has such a profound energetic effect on us. 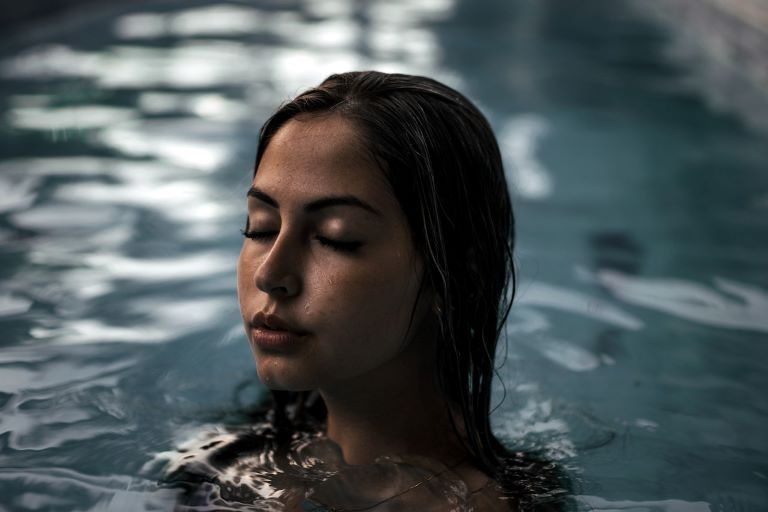 We can’t talk about the symbolism of the moon without mentioning astrology. All the planets in our solar system, including the moon, each rule a different zodiac sign. E.g., Mars rules Aries, Pluto rules Scorpio, Saturn rules Capricorn, and the moon rules Cancer.

The sign of Cancer is strongly tied to emotions, feminine qualities, sensitivity, and nurturing. So if your sun, moon, or rising sign is in Cancer, or you have a lot of Cancer somewhere else in your birth chart, the moon and her cycle will have an even greater impact on you.

The spiritual meaning of the new moon

A new moon is a reset, a fresh start, and a time of new beginnings. It’s also a reflective, introspective phase where we are called to be rather than do. It’s the rebirth part of the lunar cycle and a chance to set new intentions that align with our souls.

Find pockets of stillness and peace during the new moon to reflect on the past cycle so you can be intentional about where you go and grow in the coming one. Celebrate this phase with a new moon ritual. 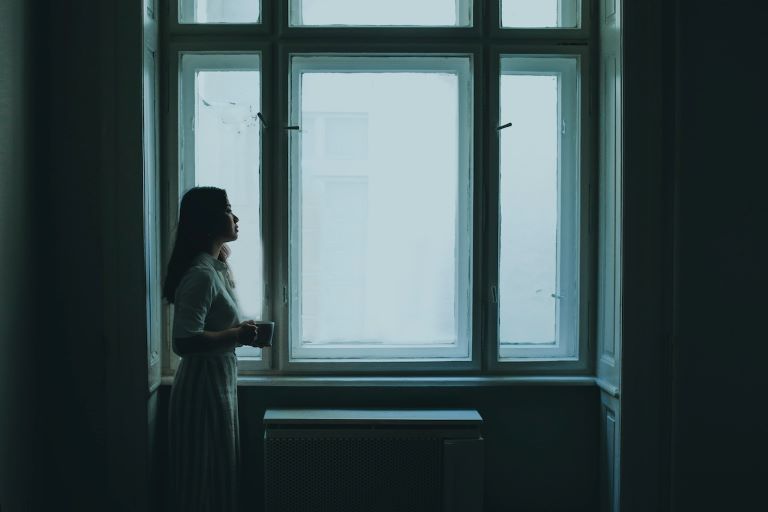 The spiritual meaning of the waxing moon

A waxing moon symbolizes getting started, moving into action, and flexing your creative muscles. Having set your intentions at the new moon, you can now plan how you will manifest your deepest desires and take conscious action toward what you want. The waxing moon also symbolizes a change from inward, reflective energy to outward, expansive energy as the moon grows bigger in the sky.

The spiritual meaning of the full moon

A full moon is a time of celebration, expansion, and emotion. This is the flowering phase, so everything is in full bloom, including you! Now is the time to get outside, socialize, and channel your energy outward. Celebrate how far you’ve already come toward achieving your dreams while continuing to take action toward them.

Shine a light on your shadows so you can face anything lurking beneath the surface. When we do this, our fears, shame, and guilt gradually lose their power over us, which is the first step to healing our pain and trauma.

Embrace the magic of this moon phase with a full moon ritual.

The spiritual meaning of the waning moon

A waning moon is a time for slowing down and entering a more reflective state in preparation for the dark moon (the phase right before the new moon). It’s your opportunity to complete your projects, tie up loose ends, and offer yourself some much-needed self-care.

If we resist the urge to keep pushing and exerting ourselves, slow down and pour back into our cups, we’ll start the next lunar cycle with the nourishment and energy we need to tend to the people and projects that matter most to us. 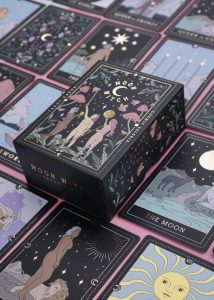 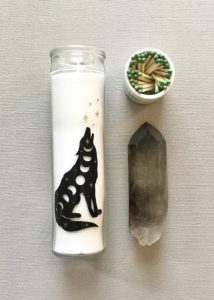 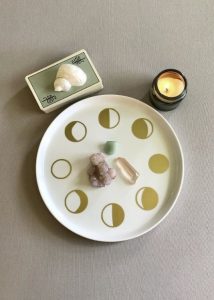 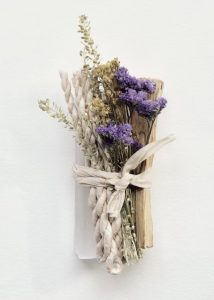 Flow with the moon

I started living and leading in moons instead of months a few years ago, which has transformed my life. It has deepened my relationship with my menstrual cycle, taught me the importance of living in harmony with my own rhythm, and helped me reclaim the divine feminine I have been shunning for almost the entirety of my life.

I have no doubt that working with Grandmamma moon will do the same for you. This is moon magic.