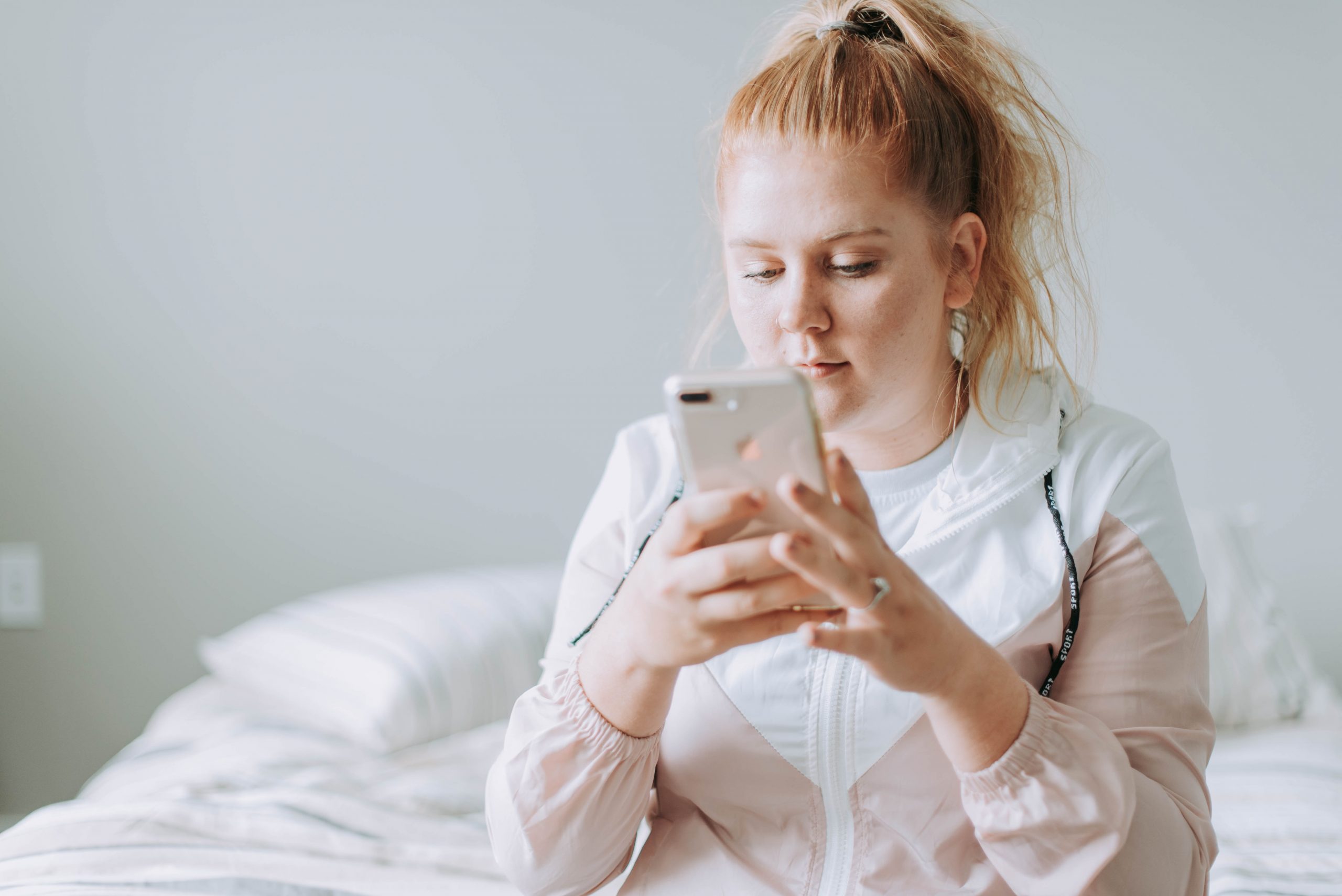 In my twenties, online dating officially became a legitimate thing. It wasn’t for the few anymore, it was for the many.

And although I resisted it at first, the eternally single me eventually gave in. Because let’s face it, I wasn’t meeting any great men anywhere else. So I had nothing to lose, and everything to gain.

Plus, I think there’s a lot of growth to be had by testing our self-imposed limitations, and doing things that scare us.

But my online dating story is kind of short and sweet. My first ever date from online dating ended up being with the man I’m still with, four years later.

However, that didn’t mean I was lucky enough to skip any of the ghosting, creepy chat up lines or dick pics from all the other guys leading up to him. I’m very aware of how unashamedly gross guys can be. And I’ve had many women share their own outrageous (yet, totally believable) online dating stories with me.

A guy texting the words, send nudes, is just one of the things on a long list that gets me riled up.

I won’t send you—guy I haven’t even met—private, intimate photos of my naked body.

I won’t allow you to collect a naked picture of me, like you collect baseball cards; adding another trophy to your deck. So you can feel mighty and powerful, as you smugly parade me around to your friends.

I have never sent a guy a naked photo of myself. Not even to anyone I’ve been dating. Not even to my partner of four years. Because I don’t owe him that—I don’t owe anyone that.

I remember reading something Jennifer Lawrence said in an interview, after naked photos of her were leaked on the internet. For some reason, she felt like she needed to explain herself, and the existence of those photos.

I’m appalled by what happened to her, and many other well-known women. She shouldn’t have to explain herself, and she should never have been put in that position.

Even if someone is convicted for violating someone’s privacy in this way, how can there possibly be any justice? Because you can’t go back. You can’t collect all those photos, erase them from people’s computers, and put them back in a locked box.

Why should it be either, or?

When did we start believing, as women, that we are obligated to send intimate pictures of ourselves to men?

Can you even imagine that?

How I Rebuilt Myself After An Abusive Relationship

That’s what men are doing to women every day.

And because society and the media do such a brilliant job of crippling our self-esteem and self-worth, and teaching us we are the lesser sex, we think we need to go along with it. Because otherwise he won’t like me. He’ll get bored and find someone else. And I won’t be able to find a man to love me and save me from the tragedy of being a single woman.

If you enjoy sending sexy photos of yourself to someone you trust, and are in a relationship with, then I think that’s great. But I still worry about the potential dangers of that. And I feel they far outweigh the positives.

Like, what if you have a bad breakup, and he flips and decides he wants revenge? What if someone steals or hacks his phone? What if he’s sharing those photos with his friends (or worse), without your consent?

Because you can’t go back. You can’t erase those photos once they’re out there.

And while you should absolutely be proud of your beautiful, naked body, the reality is we live in a patriarchal world. A world that has successfully objectified and sexualised girls and women; and shows no sign of stopping.

Most of the time, when you agree to sending nudes, you’re agreeing to hand your power over to men. And they’ll abuse that power. Because that’s all they know.

The next time someone texts you the words, send nudes, stop. Stop and ask yourself if you really want to send someone intimate photos of yourself, or if you’re just feeling pressured into giving a guy what he wants.

And remember, you owe nobody anything in this world. Not your body. And sure as hell not your heart. 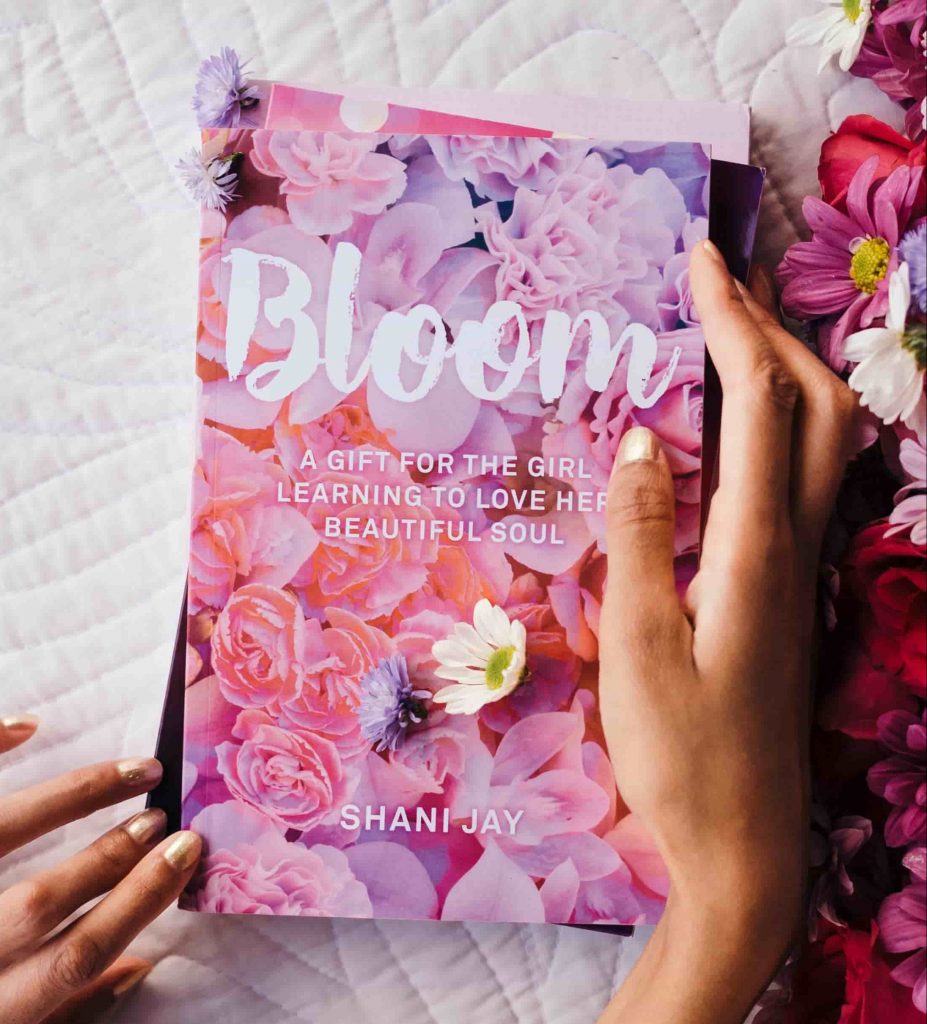 I read Bloom in one night. I started feeling hopeless and pushed down. Shani picked me up, dusted me off, and guided me to self-love in a few short hours with only print. Truly inspiring - Rebecca Barnoff