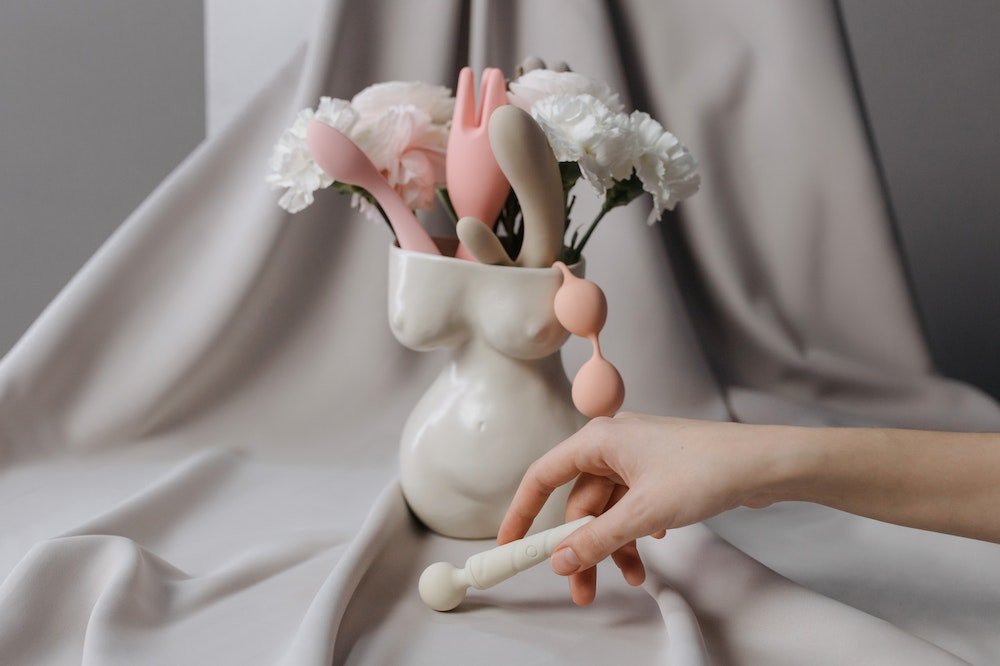 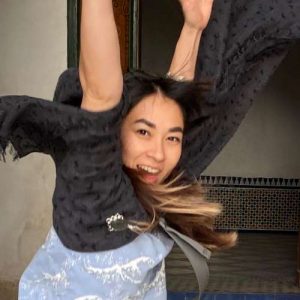 Dia Gila is a visual artist, creative writer and experienced…

Herbs For Protection: 16 Plants To Strengthen Your Boundaries

When I was in high school, my friends ushered me into the girls’ bathroom. We huddled together, and one of them pried open a discreet and unassuming shopping bag that contained her latest purchase.

“Oh, that’s the one I have.” the other nodded approvingly.

This was the first time I had ever seen a sex toy, and in the flesh, so to speak. It seemed so taboo, hushing and giggling beside the cubicles. A couple of years later, my opinion of sex toys had completely flipped.

Since then, I have trekked my way across the sexual terrain, which has been both liberating and dangerous.

We are now in an age where cultural acceptance and awareness are prioritized.

Conversations around sex positivity are more freely discussed, as they should be. Better sex education is now more readily available across the internet, and the old establishments are slowly catching up. There is an increased openness towards the world of bizarre and wonderful kinks. Lest we forget, a shift in taking a non-judgemental attitude towards sex workers.

What a journey it has been to get here, on both a macro level and a micro level. My personal awakening has opened not only my thighs but also my eyes to how vast and varied our inner worlds are. I felt my desires blossoming with the rest of society.

It was a slender and shimmering blue toy with three different settings. Basic, sweet, and perfect for innocent play with one of my first partners. I felt truly happy and comfortable with this person and probably would not have experimented otherwise.

At this point, I still had not messed around with toys solo. I didn’t see the need. They were simply a cheeky addition to a secure and healthy sex life.

Surprisingly, this good start soon led to a string of one-night stands and non-consensual encounters. Life at university really is a time of learning. I was unleashed. I fell in love with the world of the night, where debauchery and sexual escapades reigned supreme.

My first (and last) three-way experience was confusing. To this day, I am unsure if I had been drugged or was just crazy drunk.

I had spent the night drinking with the owner of this terrible, trashy club. Before you had finished your drink, another round was already on the table.

As the night degenerated, we went to the strip club a few meters down the road. He would give me cash to offer the dancers as we ordered more alcohol. I had never really experienced a strip club, and I discovered that I wasn’t into it.

I lived with strippers and had stripper friends, but it was never my scene. I can’t explain why I didn’t leave or why I was rolling with the course of that odd night. I felt swept up in it. I tend to feel shame about it, behaving helplessly in the situation.

We were taken upstairs where the brothel was. He was clearly a regular and had a favorite girl. The room was huge. A hot tub and red sofas lined the entire perimeter, covered in wipeable plastic.

I haven’t gone down a path like that since and have now forgiven my foolishness after years of being ashamed and angry at myself. I didn’t tell anyone at the time.

Thankfully, that night was not my first brush with exploring my sexuality.

For a long time, I had learned that women were beautiful, and the women I chose to kiss were slightly more than incidental. I had run away from some of these women. I was scared to follow the energy any further.

It took a little while before coming around to facing the facts of sexual fluidity. Although I would not claim myself as bisexual, I rate myself a two on the Kinsey Scale. Understanding my attraction to women took some quiet reflection that poetry and non-sexual love made me realize.

One beautiful memory bursts through clearly in my cloudy head. A beautiful black sand beach on the West coast of New Zealand called Karekare. A girl friend drove me out there one Summer, and there was no one around for miles. The waves were so powerful, and we yelled at the ocean and dove in.

I removed my top half and let the water and the sun wash over me. She didn’t do the same, but I felt free and accepted. That is what love feels like to me.

And that day, I felt in love. Even if nothing physical happened, I didn’t need it to; I was touched on another level. There was sensuality in the breeze.

When we finally stopped dancing around in the Tasman Sea, the spray of the water and a light patch of rain dispersed a rainbow right in front of us. I could literally run underneath it like an archway. It was incredible. I felt like the universe was trying to tell me something.

From that moment, I began to understand the subtleties of sexuality and how these things are not always determined by sexual events but sometimes by spiritual ones.

Although I never told her how I felt, I think that maybe she knew. It was not like I desired to be with her; I loved her, and that was good enough. True intimacy is found in true friendships, which I stand by today.

I wrote a poem about it and have spent several years contemplating what it meant. The words describe interacting with the ocean as if being consoled but also scolded. It touches on my fraught relationship with my mother and how it has affected my relationship with women. The poem, and the events leading to it, were a peculiar breakthrough in accepting myself as a daughter, a friend, and a lover, the person I was.

My next boyfriend was, however, extremely tactile.

He had been into kink for a while. This is where I learned about restraint. We experimented with bondage, mainly ropes. Apparently, I had a very excitable sexual energy but had no idea what to do with it. I wanted to be tied down. My feelings and attraction to him were all-consuming. It became a toxic connection that lasted two years.

I saw how experimenting with different partners brought out different sides and experiences of my personality. It dawned on me how much my sexual life reflected my self-awareness and what stage of life I was working through.

I didn’t want to be tied down at all. I yearned for a sense of freedom in love and in myself. The relationship ended abruptly, violently.

There was a surge of self-mothering toward my own shame and aversions. I was filled with the need to express myself confidently and happily. I knew that when I could achieve this sexually, it would radiate into every other psychological corner of my world and vice versa.

It was part of my journey to treat sexuality with reverence instead of contempt, distraction, or ridicule. Somewhere through the valleys and plateaus, the liminal spaces that allowed for transformation, the high peaks where I felt good, I had been slowly making my way.

Sex is a landscape of discovery. All the while, we are traveling and seeking ourselves. I’m not a “sexpert,” but I don’t think that makes my experience or understanding of sex any less important or informed.

From one place to the next, I have been hoping to see myself in an unbiased light. I see who I am, fluxing and pulsing without the terror of self-judgment. I know what I am above and what I deserve now. I see this as progress.

When we are open to understanding ourselves through the lens of sex, some of the conclusions can be incredible. It has shown me how I love others and want to be loved. I speak of boundaries, personal blockages, and what makes us feel valued and respected. This informs our relationships with everyone around us, sexual or not.

When I walk out of my front door, I look around at everyone and see that messy, sticky gloop connecting us all.