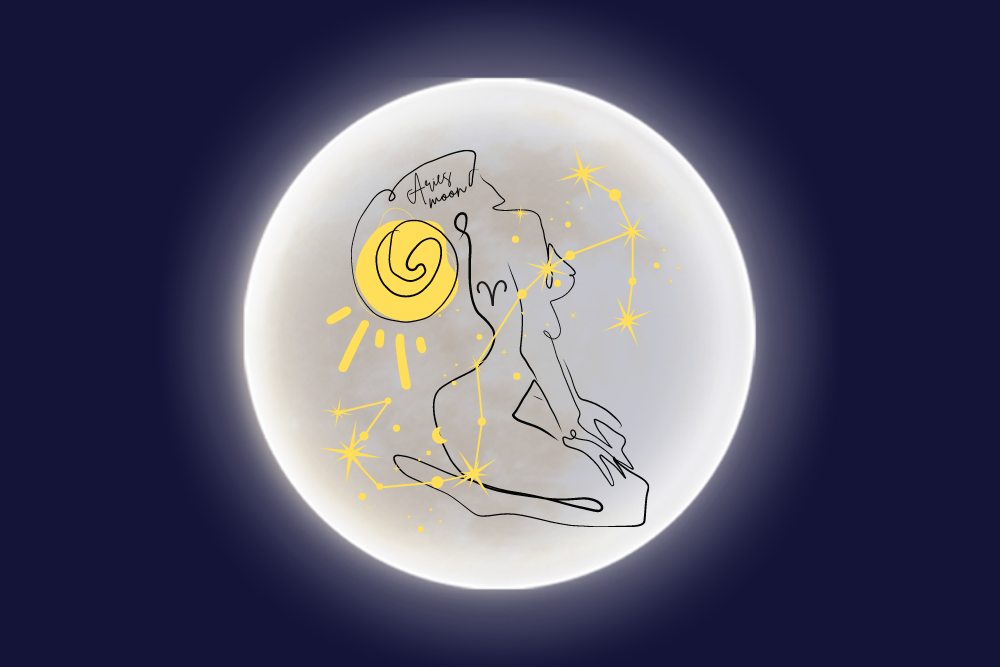 Aries is a fire, cardinal sign ruled by the planet Mars. Its spirit animal is the ram—an adventurous and fearless animal associated with strength, leadership, and guidance.

There will be similarities in the traits of someone with their sun in Aries and another with their moon in Aries. The key difference is that an Aries moon woman will find the sign of Aries governs her emotional and shadow sides.

The Aries moon sign woman has a limitless energy reserve that keeps giving. This woman will always be on the go, doing something, starting something, or making friends with someone. You’re unlikely to find her slumped on the sofa, bingeing a box set like a couch potato—unless it’s really captivating and filled with plot twists.

In fact, when void of a new challenge or adventure, she can quickly become bored, irritated, and overly critical—because she has too much pent-up energy and nowhere to direct it.

Aries moon women are at their best when tackling something new and scaling a steep cliff, just like their ram counterparts.

Mars is Aries’ ruling planet and brings a masculine, red-hot, fiery energy to this sign. This boldness helps you tackle obstacles and confrontations head-on.

Not one to waste time or beat around the bush, you act quickly with passion and intensity, mostly on instinct. This can lead you to blow a fuse, then forgive, kiss, and make up just as quickly.

Your fierceness and impulsive nature can shock more mellow, sensitive souls. But those who know you well accept your hot-tempered nature; after all, you’re usually the first to stand in their corner and go to bat for them.

3. Her heart rules over her head

While the moon in Aries woman wouldn’t be described as emotional or sentimental, her heart does rule her head, but differently than typical watery moon signs like Cancer, Pisces, and Scorpio.

Her emotions are tied to her energy—and she is one of the most energetic moon signs in the zodiac. She acts on instinct and impulse. And when fully expressed, her emotionality can be explosive, especially if she hasn’t yet learned to channel her energy and reign it in. This will be one of her greatest personal challenges and lessons.

Because she leads with her heart, she’s likely to react quickly and spontaneously and make decisions rapidly based on intuition. This bleeds into all areas of her life. She jumps into friendships and relationships fast, as well as jobs, moving towns, and unexpected opportunities, and welcomes the challenge that change and newness bring.

5. She knows what she wants and goes for it

A woman with her moon sign in Aries knows what she wants (because she decides quickly) and has the energy, drive, and action to chase after it. Acting on her needs is one of her greatest strengths, and being assertive feels incredibly satisfying.

Serial procrastinators and people-pleasers can gain a powerful lesson in confidence and self-belief by spending time with these women.

An Aries moon woman will make a great asset to any team as she kick-starts the entire project and gets everything in motion. Just don’t put her in the background and expect her to sit quietly and do what she’s told. She’s not the kind of woman.

If something needs doing, you can count on her to act. The only problem is because she gets bored easily and needs new challenges, she may not finish what she started. This will largely depend on other aspects of her birth chart.

Mars is known for being a masculine, fiery, black-and-white, warrior-like force. So a woman with her Moon in Aries will have this Amazonian quality.

In her mind, everything is straightforward and clear-cut. She has a strong moral compass and sense of right and wrong and is usually firmly rooted in her beliefs. She’s brave, loves a challenge, and is willing to go to the end to fight for what she knows is right, especially for people who can’t stand up for themselves.

You’re likely to find her joining a cause, protesting for justice, or starting her own. This energy, courage, and passion will inspire those around her.

8. The moon in Aries woman is a natural leader

Cardinal signs fall at the start of each of the four seasons (Aries, Cancer, Libra, and Capricorn) and are natural leaders and initiators of the zodiac.

A moon in Aries woman is a triple threat combining energy, passion, and action, which means she makes an incredible leader who can inspire and guide even the most confused and lethargic team!

She thrives on appreciation, validation, and praise, and her ego enjoys this boost, which is why she’s hungry to take on leadership roles in practically every team setting.

A woman with her moon in Aries loves a challenge, fighting for justice, acting on impulse, and making lots of new friends because this feeds her desire for adventure. She will quickly grow bored when something is too easy or monotonous and look for a steeper slope.

She feels most fulfilled when physically and mentally challenged and stimulated. This is why she tends to be drawn to high-spirited adventure-seeking people who match her energy.

10. She feels most alive living life on the edge

An Aries moon woman will often disrupt the status quo and do her own thing for two reasons. One, she doesn’t like being told what to do and wants to steer her own ship. Two, she enjoys being in an unfamiliar, changeable environment rather than in a comfortable routine.

If this woman ever seems frustrated and ready to boil over, there’s a high chance she’s feeling stagnant wherever she is and ready for a big change. Just like the ram, these women can often be found living life at the edge of a cliff, ready to take a bold risk and jump into the next adventure.

People always know exactly where they stand with an Aries moon woman. She’s direct and candid and will always tell you if something’s wrong. She’s not one to shy away from confrontation and will speak her mind. Therefore, people who mince their words or bend the truth are not her tribe.

However, as the infant of the Zodiac, Aries moon women need to be mindful of how they speak the truth and others’ feelings. Interestingly, these women can easily be hurt by criticism and would do well to communicate with others in a kind and empathetic way.

Did you know that your moon sign also relates to your relationship with your mother growing up and the maternal energy you received?

An Aries moon sign woman is likely to have been encouraged early on to be emotionally independent. She’s brave in a crisis, quick to protect others, and not afraid to take risks.

This independence is why she will always call a spade a spade and confront the elephant in the room. She’s comfortable within herself and unphased by people’s reactions to the truth. Unless she deems them justified, overly-emotional reactions and outbursts are likely to be seen as a sign of weakness and make her recoil.

Bursting with energy, she brings plenty of adventure, freedom, and stimulation to the people in her life and expects the same in return.

A moon in Aries woman is charismatic, high-energy, and self-assured. Combine this with fierce loyalty, courage, and her capacity for adventure and spontaneity, and it’s no wonder she draws people to her effortlessly.

When you’re feeling down, she can quickly lift your spirits. Aries moons are pros at taking the lemons life gives and making the most moreish lemonade you’ve ever had. People turn to her for help during tough moments (especially emergencies) and are in awe of her practicality and bravery.

But if a relationship becomes boring or repetitive, she’s likely to make a swift exit.

14. She is likely to thrive in a start-up

Because she’s full of energy and passion, eager to take action, and loves nothing more than a tough challenge and taking a risk, Aries moons will do well in a start-up environment where no day is the same as the next.

They also make great leaders (which means they will excel as business owners or freelancers) and flourish in industries like healthcare, law, and marketing—anything where they get to meet lots of people or fight for causes they believe in.

A repetitive desk job is not for her unless it’s a temporary bridge to a new exciting adventure.

15. The moon in Aries woman likes the chase

Because she lives her life based on hunches and loves experiencing new things, an Aries moon woman is likely to be a serial dater and fall in love fast. She’s not the kind of woman to wait for someone she likes to ask her out and loves the thrill of the chase.

But when she gets bored or finds herself with someone who isn’t matching her big, bold energy, relationships are likely to end as quickly as they began.

Generally, an Aries moon woman will be most compatible with other fire and air moon signs. More sensitive, watery moon signs (looking at you, Cancer and Pisces) may find her too direct and, frankly, too much. On the other hand, Scorpio could be an interesting match for her because these moon signs love to speak the truth as much as Aries does.

16. She believes what doesn’t kill you makes you stronger

Even when things get really dark, or they experience a great setback or failure, an Aries moon woman maintains a positive attitude and sees her life through an optimistic lens.

She believes in herself and possesses the strength and resilience to rise from the ashes, greater than before, and take on the world. No matter how dark her world gets, she never falters in this belief.

Despite being an intense moon sign, this optimism prevents her from staying stuck on any particular emotion. This is why she’s so quick to forgive. 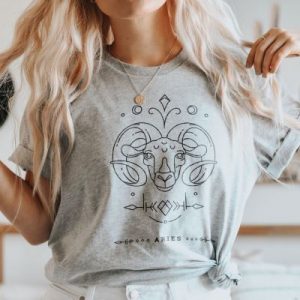 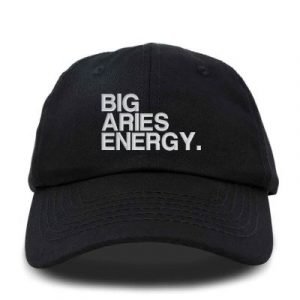 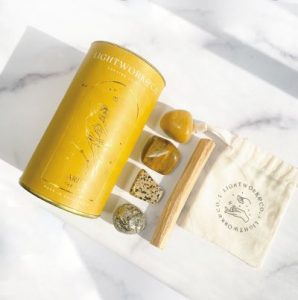 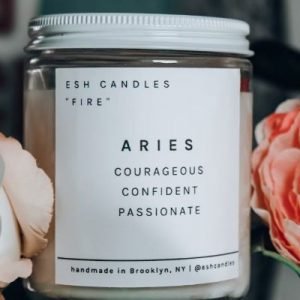 Are you a woman with an Aries moon sign?

Are you a moon in Aries woman? Do these traits resonate with you? And what do you love most about this moon sign? What do you believe is your greatest strength or gift as an Aries moon woman?

Tell me in the comments below!